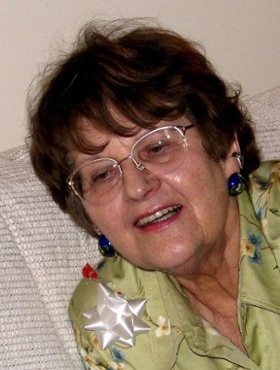 Born on December 25,1931, in the Bronx, she was a Christmas baby who always lit up any room she entered with her friendly joie-de-vivre.

Known as Heidi, she grew up in Yonkers, before the family moved to Trout Lake in 1948, where she graduated from Bolton Central School. She attended Albany State, and as a returning student, graduated from Mansfield State Teachers College in 1972.

Heidi lived for many years in Coudersport, PA, before moving back to Trout Lake in the 90's. Wherever she lived, she pursued her creativity, from jewelry making to mural painting, and her greatest expression, watercolor and pastel painting. She was an active supporter of classical music, attending countless concerts and volunteering at the Sembrich Opera Museum.

The family would like to especially thank the loving staff of both The Good Shepherd Home in Saratoga Springs, NY, and Community Hospice of Saratoga for their attentive and compassionate care during Heidi's last months.

Expressions of sympathy may take the form of donations to the Sembrich Opera Museum in Bolton Landing or Community Hospice of Saratoga.

Share Your Memory of
Mary Ann "Heidi"
Upload Your Memory View All Memories
Be the first to upload a memory!
Share A Memory
Send Flowers