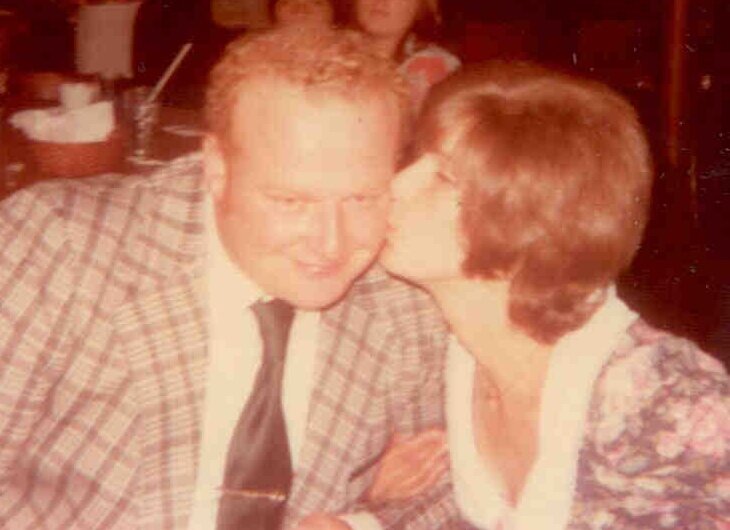 Please share a memory of Neil to include in a keepsake book for family and friends.
View Tribute Book

NORTH CREEK: 5:00 a.m. Monday morning, December 19, 2022, while the rest of us slept or readied for work, Neil C. Hitchcock was reaching for the shifting lever grabbing the 18th gear. Eastbound and Down for the Pearly Gates-reuniting with his parents Neil Sr. & Miriam, his daughter Cora Beth and son Christopher Neil.

Like much of his extended family, he attended School in North Creek and entered the military soon after. On leave from the Coast Guard boot camp Neil married his high school sweetheart Stella Louise. They began their journey together stationed in Seaford, Virginia while Neil attended Engineman School, then a year in Portland, Maine followed by 2 years in Woods Hole, Massachusetts. Neil served on the best buoy tender in the fleet, USCGC Cowslip WLB-277; trading in the trout from March Brook for fresh lobster.

After his service they returned home to raise cane and three boys; passing on the love of just being in the woods and out in nature.

Summer vacations were often spent beside Garnet Lake camping and fishing with family and friends.

Neil was a gifted mechanic/welder and fabricator. In his hands tools turned into magic wands. If he couldn't buy it, he'd build it, like the monster wood stove that he retrofitted into the trailer’s furnace heating system. It would be 20 below outside, but the windows in the living room were cracked all season. You could cook your breakfast on the paneling behind the stove if gravity allowed.

Neil never stopped working. Weekends 'off' were commonly spent under someone else's vehicle in the front 40, radio on, foot tappin', wrench slingin'. Being good at something that you like to do was a blessing.

His ear was also prized, locally, to those with car trouble; as he could diagnose problems right over the phone (that is if your cord reached long enough to hear the engine). Dinners would be interrupted with a call he'd ask 'what's it doing?'... Sounds like the serpentine belt'

Neil worked at Glenn Ford for many years after the military before swapping shops and working for Joe White as his mechanic.  Once he started working primarily on big rigs, there was no turning back he had caught the gear jammers bug. It wasn't long before he traded in coveralls and drove log truck exclusively.

He loved driving truck and talking with friends on the CB. Every trip in the log truck that we took with Dad he would serenade us with classic country and Motown. He was a big crooner from the old school with the Gift of Gab and an unmistakable Hitchcock laugh-Edwards Hill Road tribe. His desert island must haves would be a Conway Twitty album and a bowl of 'Skrawberry' Shortcake.

Missing time with him are his sister Jeanette (Nick, Katie, Josie); family Stella, Stephen and Jake; cousins Judy, Lew & Dan; grandchildren and great grandchildren. Thanks to the staff at Elderwood and those who stayed in touch.

Donations in his name would be appreciated at the JCS backpack program.

Burial will take place in spring of 2023 at Bates Cemetery, Johnsburg, NY.

Look inside to read what others have shared
Family and friends are coming together online to create a special keepsake. Every memory left on the online obituary will be automatically included in this book.
View Tribute Book
Share Your Memory of
Neil
Upload Your Memory View All Memories
Be the first to upload a memory!
Share A Memory
Send Flowers
Plant a Tree