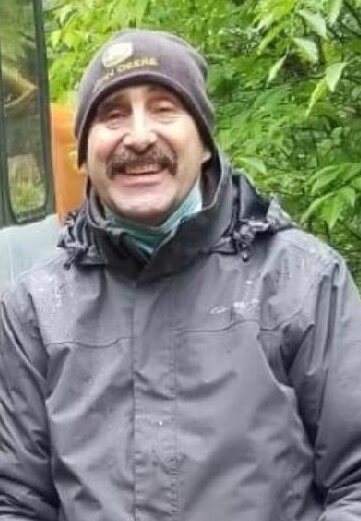 Please share a memory of Bill to include in a keepsake book for family and friends.
View Tribute Book

JOHNSBURG: William “Bill” Edward TenEyck, 62, of Johnsburg, NY son of the late Lee and Helen TenEyck, passed away at his home on July 30, 2022.

Bill was born on July 7, 1960 in Ticonderoga, NY.  He started his life in South Schroon, from there he moved to Florida and Chatham, NY where he worked on thoroughbred farms.  He eventually moved to Minerva to work in the woods with his brother Ray and many other loggers in the area.

Bill met his wife Casey in 1982 and moved to Johnsburg, where he lived for 40 years.  Together they had three children, which were his greatest love and pride.  He was always cheering them on from the sidelines of sports or riding events.  His other passions were taking care of his home and lawn, which he took great pride in.  Bill also enjoyed grilling, cooking and music…he knew every word to every song!

All of these passions paled in comparison to Bill’s love of the woods.  His passion for the forest, which was learned from his father, would eventually lead to his career.  He and Dan Galusha, his good friend, started their own logging contracting business in 1990.  Bill continued to be part of everyday operations until the last few weeks of his life.  Bill’s devotion to the woods echoed within his family, which that love for the Adirondacks shines bright in his children.  Brittney, Dustin, and Olivia are at home in those woods because Bill was so dedicated, bringing the kids to job sites and showing them the work he loved.  He then passed that passion to his son Dustin, who proudly works every day in those same woods.

Bill valued hard honest work and was a kind, honest and fair man…he didn’t like a slacker!  All of this and a good sense of humor, Bill was one of the good ones who gave the north country a good name!

Besides his parents, Bill is predeceased by Raymond and Bradly TenEyck.

The family would like to thank everyone who came to visit with Bill to offer comfort and support in the last few months.  Also, a big thank you to all the staff at High Peaks Hospice with special thanks to Holly.

Arrangements will be private and at the convenience of the family.

Look inside to read what others have shared
Family and friends are coming together online to create a special keepsake. Every memory left on the online obituary will be automatically included in this book.
View Tribute Book
Share Your Memory of
Bill
Upload Your Memory View All Memories
Be the first to upload a memory!
Share A Memory
Send Flowers
Plant a Tree