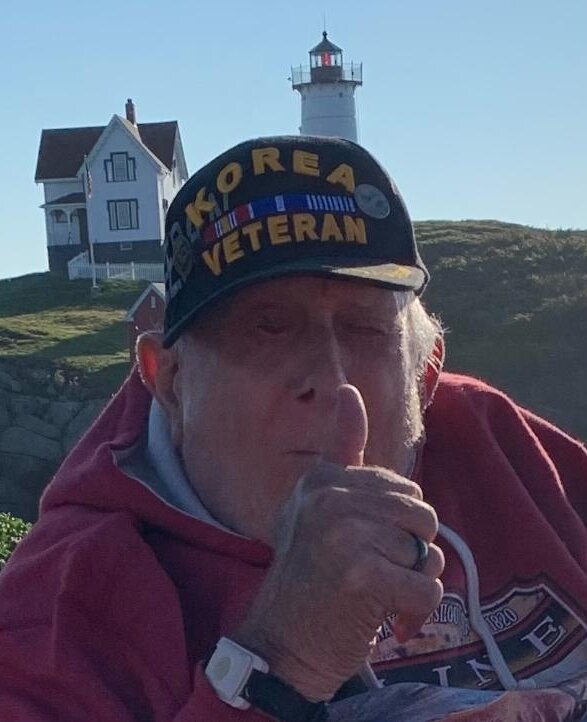 WARRENSBURG: Alton “Freddie” Weidman, 92, of Warren Street, son of the late Lawyer and Mildred Weidman, passed away unexpectedly on June 27, 2022.

Freddie came into this world on April 4, 1930 in Halfway, OR.  After leaving school he entered the United States Army, serving his country in the Korean War.  Freddie met Medeleine (Wilmot) through a friend at the Fonda Motor Speedway. After their meet-up the relationship revved up to marriage on June 5, 1960 at the Fonda Methodist Church.  After moving to Warrensburg, Freddie worked for the Railroad, Saratoga Race Track and retired form NYS Department of Transportation after 25 years.  His retirement job was working at Danny Smith’s Garage, which he didn’t think of as a job at all!

When not working Freddie could be found fishing and camping along Lake Champlain at Bulwagga Bay, hiking, walking around town chatting up all the people he met along the way. Freddie always had a smile on his face, he was very kind, fostering 30 children over the years.  He was everybody’s Dad.  Freddie loved watching John Wayne and Clint Eastwood westerns, and especially enjoyed the Classic Movie Channel on TV.

Besides his parents and wife, Freddie is predeceased by his daughter Brenda Cleveland; like-a-son- Mike Wickware; brother-in-law Bob Wilmot

Friends may call on Freddie’s family from 4pm – 6pm, Wednesday, July 6, 2022 at the Alexander Funeral Home, 3809 Main St., Warrensburg.  A funeral service to celebrate his life will immediately follow the visitation at 6pm, at the funeral home with Pastor Aaron Spoonhour, Pastor of First Baptist Church of Warrensburg, officiating.

Burial will be conducted at 11am, Thursday, July 7, 2022, Old Stone Fort Cemetery, Schoharie.