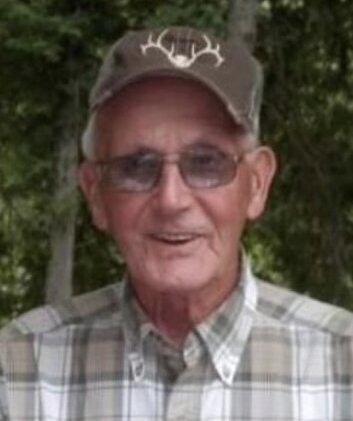 Please share a memory of George to include in a keepsake book for family and friends.
View Tribute Book

George W. Sprague Jr., 96, son of the late George and Aileen Sprague, passed away peacefully June 23, 2022 with his loving family by his side.

George was born in Warrensburg, NY on August 13, 1925. George joined the Army on April 15, 1944 serving his country.  George also served in Hawaii during that time as a medical aidman at the 219 General Hospital.  George received an honorable discharge receiving the American Service Medal, Asiatic-Pacific Service Medal, Good Conduct medal and the World War II Victory medial.  George married Elaine D. Sprague on September 23, 1947. George joined the Warrensburg Fire Department on May 7, 1959 serving many years.  He worked for the town of Warrensburg for 20 years, later moving onto the Warren County Highway Department where he retired after 21 years.

Left to cherish his memories are his sons Jerry Sprague and his wife Maureen, Kevin and Mike Sprague; his daughter Lori Combs and her husband Scott; his grandchildren Terry Combs and wife Laura, Courtney Sprague and her companion Jeremy Coon, Kristin Lamb, Phillip Greenwood and his companion Courtney Irwin, David Greenwood, and Brandon Combs and his fiancé Reagan Kelley, his adopted granddaughter Doni Lyn Smith; 9 great grandchildren; sister Beverly Sullivan; several nieces and nephews including a very special niece, who was like a daughter to him, Joann Dick; long-time friend and adopted son Pete Corlew.

Friends may call on George’s family from 2pm – 4pm, Tuesday, June 28, 2022, at the Alexander Funeral Home, 3809 Main St., Warrensburg.  A memorial service will be conducted at 4pm with a burial to follow at Warrensburg Cemetery.

In lieu of flowers, expressions of sympathy may take the form of donations to the Warren County Sheriff’s Office K9 Fund.