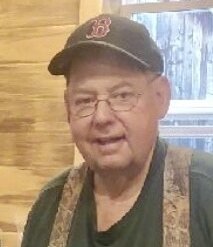 Please share a memory of Michael to include in a keepsake book for family and friends.
View Tribute Book

Mike was born April 10, 1950 at the Glens Falls Hospital, the son of Ellis and Elsie Winslow Hill. He graduated from Warrensburg Central School in 1968 and received his Associates Degree at Adirondack Community College in 1970. He graduated from SUNY Brockport with a Bachelor of Science in History in 1972. After graduating from Brockport, he worked with his father at Storytown, USA. There he met his future wife. On June 9, 1973, he married Nancy Conklin.  A week after the wedding he went to Ithaca College to pursue his Master’s Degree in Safety Education. He received his Master’s Degree in Safety from Central Missouri State University in Warrensburg, Missouri. Unable to find a teaching job he worked at Warner Pruyn. His first full time teaching position was at BOCES where he taught Drivers Education to Special Needs students. Fortunately, he got a teaching position at Johnsburg Central School where he taught Drivers Education and History for 35 year. Mike and Nancy bravely chaperoned several Senior Trips. He retired from teaching in 2018.

He was a man with many hobbies and interests. In the early 80’s he was a lay speaker at the First Emmanuel Methodist Church in Warrensburg. Photography was a hobby that was encouraged by a neighbor, Oren Lane. In 1975, Olga LaPell, who was serving as yearbook advisor at Johnsburg asked Mike to photograph sporting events and candids. In 1980, he had the opportunity to photograph the 1980 Olympic Games for the North Creek Enterprise Newspaper.  By 1982 Mike had purchased studio lights and formed Hill’s Studio, he was the photographer for all the yearbook photographs for the Johnsburg yearbook taking senior portraits for many years. He photographed weddings, dance recitals, and proms. He grew Christmas trees with longtime friends, Art Brown and Mark Brown. He spent many summers planting, trimming and fertilizing the trees and in December selling the trees.  He loved making maple syrup. He started out with four cement blocks and a small evaporator pan set up in the driveway. He would tap the trees using buckets around Warrensburg. George Lane would help him gather the sap. He formed a partnership with Ralph Senecal and together they purchased the old sugar bush in Thurman owned by Hollis Combs in 1998 and named it Valley Road Maple Farm. Valley Road Maple Farm is well known for its pancake breakfasts and the award winning maple candies and maple cream. Mike was one of the first maple producers to sell maple cotton candy at the Washington County Fair.

He enjoyed hunting and fishing with his son, Michael. They would go to Long Lake and spend the weekend at Art Brown’s hunting camp. He belonged to the Minerva Fish & Game Club. Mike had a yearly tradition of going to Lake Ontario to fish with High Adventure Charter, Captain Troy Creasy for Salmon with his son, Mike.

He enjoyed the yearly trip to York, Maine where he had a family tradition of renting a cottage with his family and grandchildren.

Mike and Beth spent many summers together working at the Christmas Tree Farm on Pucker Street,  doing fire wood at the wood lot on Schroon River Road, and selling maple products at the World’s Largest Garage Sale and the Washington County Fair. Also, Mike and Beth enjoyed their annual Christmas shopping trips. Mike was proud to teach with Beth for several years at JCS, where they were co-advisors for the Senior Class.  Beth, Jason, and boys looked forward to helping with the Maple Days Pancake Breakfasts and Breakfast with Santa.

His pride and joy are his two grandsons, Tristen Hitchcock and Wyatt Hitchcock.  Upon retirement, he enjoyed being the chauffeur for the boys and their Hobby Horse Playschool friends.  He loved attending the school and sporting events that they were involved in. Their teammates eagerly awaited the maple candies that he swore would make them Olympic athletes and fondly referred to him as “Pop”.  He also loved sharing his secret honey holes on the banks of the Schroon River, where they would spend time fishing.

He was predeceased by his mother, Elsie Winslow Hill, and his father, Ellis Hill, and numerous aunts, uncles, and cousins.

He is survived by his wife, Nancy, his son, Michael Hill (Priscilla), his daughter, Bethany Hill (Jason Hull), his grandsons, Tristen Hitchcock and Wyatt Hitchcock, and many extended family members.

We offer a special thanks to the staff at Elderwood at North Creek, Dr. Christopher Hoy, and the DCI Center in Glens Falls.

A memorial service to celebrate Mike’s life will be conducted at 10am, Tuesday, June 28, 2022 at Alexander Funeral Home. Burial will follow in Warrensburg Cemetery, Warrensburg.

Look inside to read what others have shared
Family and friends are coming together online to create a special keepsake. Every memory left on the online obituary will be automatically included in this book.
View Tribute Book
Share Your Memory of
Michael
Upload Your Memory View All Memories
Be the first to upload a memory!
Share A Memory
Send Flowers
Plant a Tree