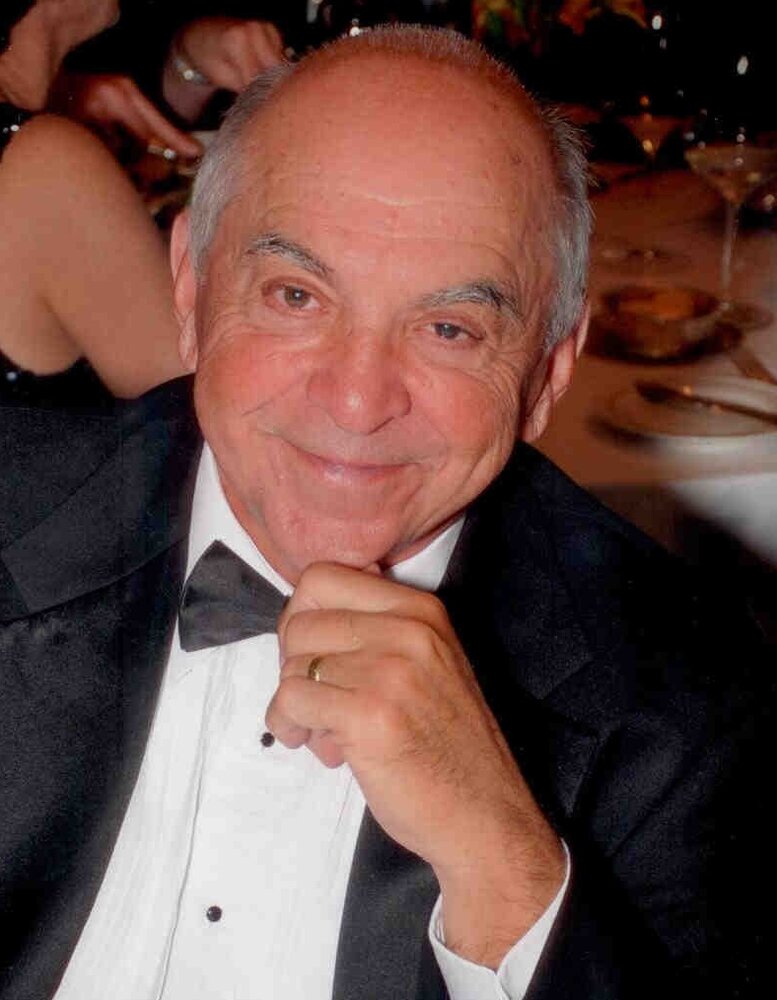 Please share a memory of Daniel to include in a keepsake book for family and friends.
View Tribute Book
Daniel P. Bianco 1941-2022 DIAMOND POINT – Daniel P. Bianco, 80, of Diamond Point, NY, son of the late Dominic and Sarah (Barletta) Bianco, passed away peacefully and surrounded by family after a valent twenty month battle with pancreatic cancer. Daniel came into this world during 1941 in Norwalk, Ct. After graduating from Darien High School he attended Norwalk Community College and the University of Bridgeport. Daniel married Barbara (Butterfield) Bianco 31 years ago in beautiful Hamilton, Bermuda. While never actually selling water to a fish, Dan was indeed a master salesman. Beginning at age 8 when he sold his first car for $100, there wasn’t much he couldn’t sell. Dan crafted a career in sales ultimately dominating the HVAC industry in Fairfield County and surrounding areas. Driven by his early success with fixing and selling cars Dan had a lifelong affinity with automobiles. He had a passion for keeping his vehicles in showroom condition. Over the years he owned many exotics but he had a soft spot for Corvette’s. From his prized 67 convertible, sadly lost in a flood, to his latest C7, Dan loved being behind the wheel of a Vette. Later in life Dan got bitten by the golf bug. With the help of his fellow links addict and instructor Larry Sinnott he enjoyed playing courses all across the Lake George region. Rarely frustrated by the game like most people Dan simply stuck with it and kept trying to improve. He was most proud of getting 2 birdies in a round at “The Pole” on his way to shooting an 83 just 2 years ago. Perhaps Dan’s greatest passion was travel. Beginning with a trip to Portugal with Barb nearly 30 years ago he began a quest to “see the world”. This drive took Dan and Barb on multiple trips to Europe, Scandinavia, Russia, South America, and Antarctica. Ultimately they enjoyed a 105 day cruise around the world. Golfing in Fiji; Koala’s and Kangaroos in Australia; Riding Camel’s in Egypt; armed escorts through pirate infested waters in the Indian Ocean; and meeting George & Barbara Bush along the journey capped the “journey of a lifetime”. Through it all Dan never forgot where he came from. From his humble beginnings in Darien, his love of Norton Bay, his immense success in business, and travels across the world, he was always grounded in honesty and hard work. Through it all Dan’s was truly a life well led. He had a great run. Besides his parents, Daniel is predeceased by his sister Marilyn Kommeritz. Daniel is survived by his wife Barbara Bianco; sons Christopher Bianco, Craig Bianco and his wife Jennifer Chin; stepson James (Terri) Butler; stepdaughters Karen Butler and Colleen (Steve) Sutkay; grandchildren Karissa Tuccio, Jaime Bianco, Steven Sutkay, Matthew Sutkay, Holly Sutkay, Jillian Sutkay, Tracy Jungwirth and Kevin Butler; great grandson Milo Jungwirth; niece Sandra (Nick) DiCostanzo; several nieces and cousins. A special thanks to entire staff at Charles R. Wood Cancer Center, especially Darci Gaiotti-Grubbs MD, Nikole Slowick, PA, nurses Sarah, Patty and Mary Lou for their outstanding kindness and caring. In addition, a special thank you to the staff at High Peaks Hospice for their superior care, especially Renee and Lisa. In lieu of flowers donations in memory of Daniel can be made to: C.R. Wood Cancer Center, Attn: Randy’s Patient Assistance Fund, 100 Park Street, Glens Falls, NY 12801 and High Peaks Hospice, 454 Glen Street, Glens Falls, NY 12801. A celebration of Daniel’s life will take place in the summer at the convenience of the family. Please visit www.alexanderfh.net for online guest book, condolences, and directions.

Look inside to read what others have shared
Family and friends are coming together online to create a special keepsake. Every memory left on the online obituary will be automatically included in this book.
View Tribute Book
Share Your Memory of
Daniel
Upload Your Memory View All Memories
Be the first to upload a memory!
Share A Memory
Send Flowers
Plant a Tree