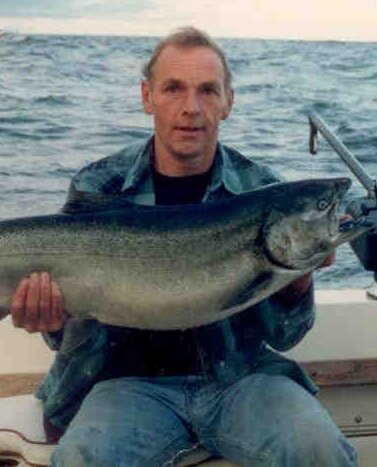 Obituary of Edward A. LaGoy

Please share a memory of Edward to include in a keepsake book for family and friends.
View Tribute Book
Bolton Landing: Edward A. “Tip” LaGoy, 79, of Potter Hill Road, passed away peacefully, Wednesday, January 26, 2022 at his home. Tip was born at home in Bolton Landing, April 15, 1942 to Stillman and Beatrice (Bennett) LaGoy. At the age of 17 he quit school and went to work for Ken Carrington as an electrician. He then worked for Al Joyner, until going into business for himself. Over the years he did electrical work for many contractors, many places being on the lake. Besides being an excellent electrician, he was a master cobbler. In 2007 he married, Fay Volkmann. Tip had a passion for rabbit hunting with his beagles to which he owned and raised many. He belonged to the Upper Hudson Beagle Club. He also enjoyed deer hunting and fishing of any kind. Out of all of the places Tip lived over the years, living on his grandfather’s farm was by far is favorite. He was predeceased by his brother, Robert (Bertha) LaGoy and his son, Scott LaGoy. Left to cherish his memory are his wife, Fay Volkmann LaGoy, his daughters, Julia Riley and Darcy LaGoy, his grandson, Mattingly Riley, his siblings, Linda (Thomas) Quinlan, Thomas (Vicki) LaGoy, Penny (Fred) Cleavland, his brother in laws, Donald (Susan) Volkmann and Andrew (Donna) Volkmann as well as several nieces, nephews, and cousins. Thank you to everyone who has helped during this journey. Tom, Susan and Mary from Palliative Care. Lisa from High Peaks Hospice and especially Penny and Fred who we would not have survived without. In lieu of flowers, anyone wishing to donate can do so to Bolton Central School in honor of Edward LaGoy. Friends may call on Tip’s family from 12 to 2pm, Saturday, January 29, 2022 at Alexander Funeral Home, 3809 Main Street, Warrensburg. Services will be conducted privately at the convenience of the family. Please visit www.alexanderfh.net for online guest book, condolences, and directions.
Saturday
29
January