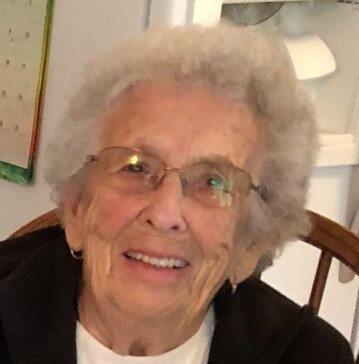 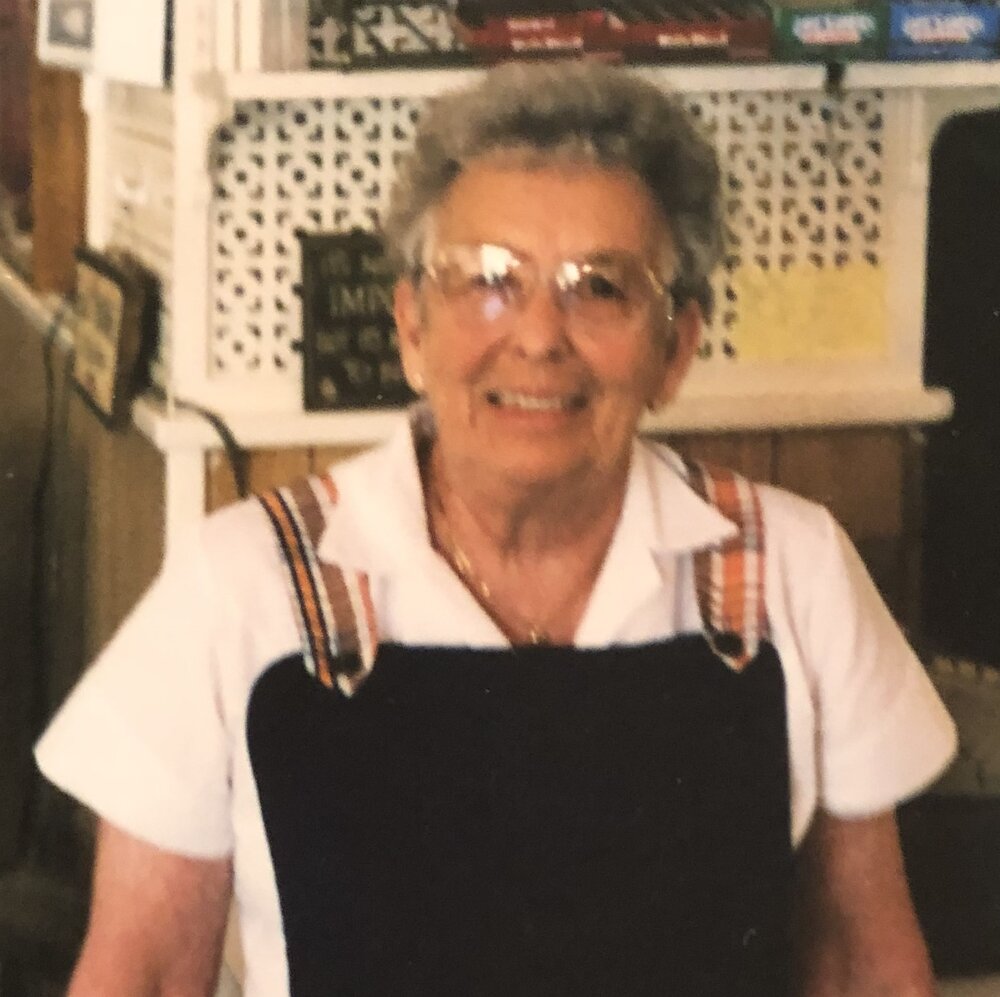 Please share a memory of Audrey to include in a keepsake book for family and friends.
View Tribute Book
Audrey M. Vernum June 13, 1928 – January 16, 2022 Audrey M Vernum, 93, of Bolton Landing, passed away Sunday, January 16, 2022 at Albany Medical Center. Audie was a native of Bolton Landing. She was born June 13, 1928 to the late Walter and Madeline Ross. Audrey is predeceased by her first husband Charles (Junior) Eysinger, husband Bucky Vernum, son Gary Eysinger, sisters Iva Reed and Jessie Brauser, along with brothers Lewis and Sonny Ross. Audrey is survived by daughter Gay Anable of Queensberry, her husband Robert and their three children Tyler, Dylan, and Allie. She is survived by granddaughter Sheri Mcgarr of Queensbury, husband David and their son Cameron. Her sister Margie Duggan and granddaughter Danielle of Texas. Also survived by her special friends Kenner Harris, and Vicki Harrington, daughter Helene Reinach, granddaughter Stacey, along with several nieces, nephews, and great grandchildren. Audie was one of a kind. Anyone that had the honor of knowing and spending time with her was a better person because of it. She was such a true friend to so many lucky people. Audie was always there to give the best advice or be the most amazing set of ears. She was always there for anyone that needed her and would bend over backwards for those she loved. This type of personality is what made her an icon within the restaurant world and more importantly the Bolton Landing community. Audie devoted 67 incredible years to the Country Diner. She absolutely loved what she did. She loved it so much that the restaurant had the privilege of keeping her involved until she was 89 years young. Audie created such an unforgettable environment within the restaurant that could never be matched. She was able to work alongside her sister Iva, mother Madeline, daughter Gay, special friend Kenner, and grandchildren Tyler and Dylan. The happiness and sass she alluded alone was enough to cause someone to become a regular without even taking a bite of food. She touched the hearts of people from all over, so much so that they would come back to see her on anniversaries, birthdays, and so on. Audie’s passion for the life she lived showed so brightly through her work but glowed even brighter when it came to her family. Audie was a second mother to Gay’s children, along with others. She never missed a sports game, dance recital, prom, graduation, award ceremony, etc. You name it she was there. Whether it was someone making honor roll or one of the kids gifting her a dandelion, she had the same amount of joy and pride in her eyes. That being said those eyes could mean business in a second if you didn’t mind. Audie was not the one to be played with. Although the kids tried, she always had the last laugh. Audie shaped the lives of those who came after her. She was the greatest role model a family could’ve ever asked for. She was the most confident, fiery, free willed, humorous, full of it woman the northeast has ever seen. She lived a simple yet meaningful life that gave her so much joy. As long as her family was good, house was picked up, car had over a half a tank, cupboards had bread, and the fridge had milk and eggs, she was happy. There was nothing like having lunch or enjoying a cup of tea with Audie. So many will find themselves missing her so badly it hurts, but they will never be lost due to the knowledge she left them. If there’s anything Audie would want you to know it’s to never let your soul be ugly, to take care of those around you, and to have your housework done. There will never be another like Audie and she was such a gift in this life. Her infectious laugh and beautiful smile will continue to live on in everyone’s memories. And although she’s parted don’t you dare think you can get away with anything because you can bet, she’s watching. There was no human being big enough to ever challenge or make Audie feel small. Audie will truly live on forever. Oh and don’t forget, if you’re not five minutes early… you’re late Friends may call on Audrey’s family from 2pm – 4pm, Friday, January 21, 2022, at the Alexander Funeral Home, 3809 Main St., Warrensburg. A service to celebrate Audrey will follow visitation hours. Spring burial will take place in the Bolton Rural Cemetery. Please visit www.alexanderfh.net for online guest book and condolences.
Friday
21
January

Look inside to read what others have shared
Family and friends are coming together online to create a special keepsake. Every memory left on the online obituary will be automatically included in this book.
View Tribute Book
Share Your Memory of
Audrey
Upload Your Memory View All Memories
Be the first to upload a memory!
Share A Memory
Send Flowers
Plant a Tree