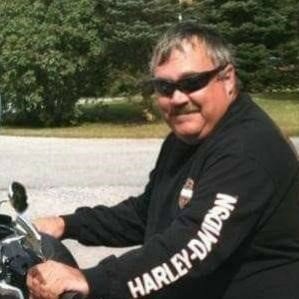 Obituary of Mark A. Ross

Please share a memory of Mark to include in a keepsake book for family and friends.
View Tribute Book
Mark A. Ross July 18, 1966 – December 17, 2021 Mark A. Ross born July 18, 1966 to Myrtle M. Ross took his last Harley ride on December 17, 2021. Mark was an avid Harley rider, carpenter extraordinaire and generous to a fault. His pride and joy were his daughter Megan, son-in-law Joshua and his beloved grandchildren Chloe and Shelby. When not fixing something for his friends and family he could be found bartending, playing pool or just organizing another party or benefit at his second home, the Warrensburg VFW. One of his proudest accomplishments besides his children and grandchildren were the renovations and the new and improved Warrensburg VFW Hall. Besides his mother, Mark is predeceased by his sister Sharon (Wells) Degrechie, he leaves behind his beloved daughter Megan Baker (Joshua), their two children Chloe and Shelby, his daughter Lyndsey Brown, his sister Joyce Reed and many other family and friends especially his VFW family with whom he had a very special bond. At Mark’s request there are no calling hours scheduled. A Celebration of Life will take place at a later date at his second home, the Warrensburg VFW Hall. Please visit www.alexanderfh.net for online guest book, condolences, and directions

Look inside to read what others have shared
Family and friends are coming together online to create a special keepsake. Every memory left on the online obituary will be automatically included in this book.
View Tribute Book
Share Your Memory of
Mark
Upload Your Memory View All Memories
Be the first to upload a memory!
Share A Memory
Send Flowers
Plant a Tree