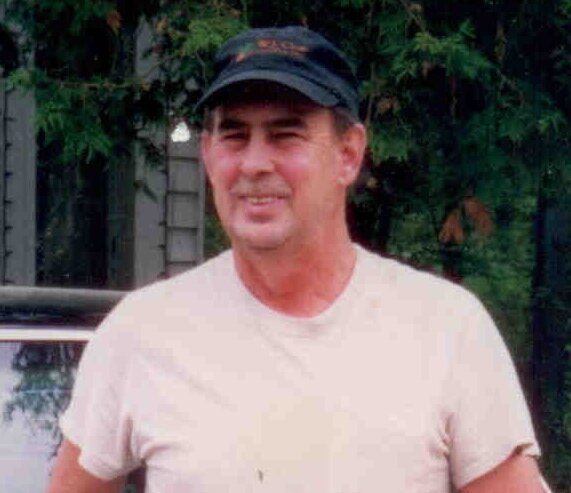 Obituary of Raymond A. TenEyck

Please share a memory of Raymond to include in a keepsake book for family and friends.
View Tribute Book
Raymond (Ray) TenEyck March 31, 1953 – December 17, 2021 Raymond (Ray) TenEyck, 68, of Warrensburg, NY, son of the late Lee and Helen TenEyck, passed away after a long courageous battle with cancer on December 17, 2021. Ray started life off as a hard worker quitting school in his teens to help support the family by working in the woods. He loved being in the woods, it was his peaceful place, whether it was logging, fishing or walking. For a while he left the logging business and got into the horse business, helping run the family stables and riding in rodeos. The woods called him back and he enjoyed it until he wasn’t able to work anymore. Ray like his music, Charley Daniels and Lynyrd Sknyrd to name a few and enjoyed old cars. He was a generous person, if he had one dollar left in his pocket, he’d give it to you. One of his fondest memories was going to California with his girlfriend Lorraine and seeing the Giant Redwoods. Ray made many friends no matter where he lived. He enjoyed bonding with his brother Bill in their late night talks. Ray was a mentor and father figure to young men over the years. Ray was predeceased by his step-mother Iva TenEyck, brother and partner in the woods Bradley TenEyck. Left to cherish his memories is his sons, Joshua TenEyck and Andrew Dunbar, daughter Alisha (Don) Chadwick; grandchildren Zoey and Aubrie Chadwick; his loving caregiver and partner Lorraine Stehlin; Lorraine’s children Brad (Rachel) Stehlin, (who was like a son and would visit Ray and really listen and help him cope) and their daughter Vienna, daughter Renee and her daughter Finley who was grandpa Ray’s side kick, bothers Richard (Mary Jo) TenEyck, William (Casey) TenEyck, Mike (Donna) Parent, Jake (Tracey) Parent; sisters Sue Gauthier, Elaine (Keith) Nichols and Terry (Keith) Gauthier; sister-in-law Karen TenEyck; several nieces and nephews. One very special nephew Dustin TenEyck who helped Ray out and was a true friend. The family would like to thank the girls at C.R. Wood Cancer Center for all the love and encouragement and compassion, especially Dr. Yun and Taylor. They went above and beyond making Ray feel loved. Also, a thank you to the staff at the Elderwood at North Creek for their wonderful care. At Ray’s request there are no calling hours or service scheduled. Please visit www.alexanderfh.net for online guest book, condolences, and directions.

Look inside to read what others have shared
Family and friends are coming together online to create a special keepsake. Every memory left on the online obituary will be automatically included in this book.
View Tribute Book
Share Your Memory of
Raymond
Upload Your Memory View All Memories
Be the first to upload a memory!
Share A Memory
Send Flowers
Plant a Tree