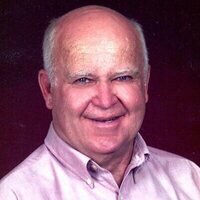 Please share a memory of George to include in a keepsake book for family and friends.
View Tribute Book
North River: George John Heim, 87, of North River, NY and Stuart, FL. died peacefully on 12/7/2021 after a brief illness at Treasure Coast Hospice in Stuart. George Heim will be remembered for his entrepreneurial and adventurous spirit, his loyal, loving and steady presence in the lives of his children, grandchildren and family members and his special ability to develop enduring friendships with people from all stages of his life. George was the son of the late George W. Heim and Angela (Fulton) Heim of Albany, NY and was predeceased by his former wife Mary (Byrnes) Heim and daughter Cathleen Heim. He is survived by his wife Carol Richards and his children Michael (Anne Marie) Heim, Tricia Heim, Matthew (Heather) Heim, Andrew (Debra) Heim and Allison (John) Laurenza, loving grandchildren Charlie, Michael, Matthew, Benjamin, Rowan, Sabrina, Henry, Brady and Maura. George is also survived by his sisters Bobbie Shaughnessy, Joan Bunn and Maura Moore, their spouses and many nieces and nephews. George also had a special relationship with Carol’s children Bill (Mariann) McGee, Jim (Alison) McGee, Carrie (Sam) McGee and their children Kush, Kaia, Alex, Rohan, Gavin, Arrington and Brynn. Born in Albany, he attended St. Teresa’s and Christian Brothers Academy, before graduating from Manhattan College and enlisting in the US Navy. George retired in 1977 as a Lieutenant Commander after a long and distinguished career in naval intelligence services, having served several overseas assignments including Morocco, Panama, Lebanon and Vietnam, as well as domestic bases in San Diego, Norfolk and Washington DC. George and his family traveled across the United States of America and Central America while his kids were young. They camped, hiked, fished and experienced the adventure of sleeping, eating and driving in a camper for weeks at a time. The family learned about different cultures, geography, and to always make sure you have enough gas so you don’t run out in the middle of the night. Together with Mary, George bought Garnet Hill Lodge and Ski Touring Center and expanded the business to become a four season resort, serving cross country ski aficionados, sportsmen and women, elder hostels, and many more for twenty five years. As a major employer in Warren County, Garnet Hill employed more than 500 people during George’s tenure, including students from the Netherlands, Ireland, Poland, Austria, France, Belarus, Ghana, Tanzania, Costa Rica and Argentina, many of whom settled permanently in the area. During this time, George was active in several local and regional hospitality and tourism organizations. George had many interests. George enjoyed playing softball, volleyball, basketball and soccer. As his children were growing up, he officiated high school basketball games and coached his children’s soccer and basketball teams. As his children had children of their own, George was a fixture at their baseball, soccer, softball, volleyball and football games. At Garnet Hill, George became an avid cross-country skier and enjoyed spending time on the lakes boating and fishing. For a time, George maintained a “gentleman’s farm” where he tried his hand at raising llamas, pigs and goats, as well as maintaining a large vegetable garden. George loved Notre Dame football and enjoyed annual trips with his sons and their friends to see the Fighting Irish. After selling Garnet Hill, George and Carol bought a winter home where they have spent many winters actively involved in Miles Grant Country Club as board members and volunteers. They enjoyed golf and many community social activities and traveled extensively together, both abroad and throughout the United States. Always a big personality, no one who met George ever forgot him. He had a bright intelligent mind, enthusiasm for life and a truly generous spirit. George was always there to lend a hand whether it was digging someone from a snowdrift or providing opportunities to people in need. George made friends wherever he went. And never known for his planning, one never knew when to expect a call from George to meet at his latest favorite diner. Donations in George’s memory may be made to Treasure Coast Hospice Foundations Dept. at 1201 SE Indian St., Stuart, FL 34994 or to the Guatemalan Tomorrow Fund at PO Box 3636, Tequesta, FL 33469 Interment service for George will be conducted at Gerald B. Solomon Saratoga National Cemetery, 200 Duell Road, Schuylerville, NY on Friday, July 8, 2022 at 11am. A memorial service will take place on Saturday, July 9, 2022, 11am, at St. James Catholic Church, Main Street, North Creek, NY. Reception and Celebration of Life to follow at Garnet Hill Lodge.