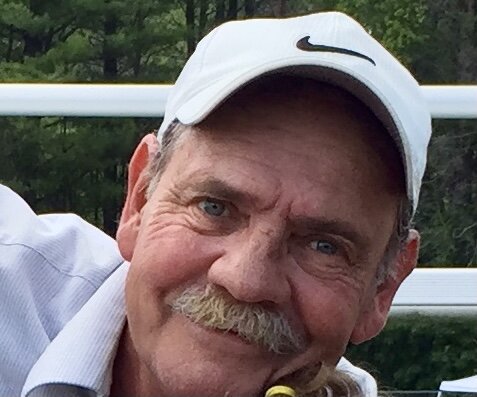 Obituary of Stuart A. Mead

Please share a memory of Stuart to include in a keepsake book for family and friends.
View Tribute Book
Brant Lake: Stuart Allen Mead, “Captain Stu” of Brant Lake, New York and Little Torch Key, Florida, passed away peacefully at his home on December 3, 2021 at the age of 69. Stuart was born on August 28,1952 to Norman and Ruth Mead in Ticonderoga, New York. After graduating from Horicon Central School in 1970 (with a massive class size of 18), he went on to study Business at Indian River Community College in Fort Pierce, Florida where he earned a degree in 1972. Stuart then returned to Brant Lake to run the family business, Mead’s Cottages, with his mother Ruth, after his father’s passing. Mead’s Cottages was originally established in 1948 as a summer campground. In addition, the campground provided a marina, general store, gas station, and restaurant. Its many visitors enjoyed clambakes, movie nights, corn, and hotdog roasts as well as water skiing taught by Stu. The campers were like family to Stu, and his sense of humor and quick wit often drew a crowd. He was a master trickster and many times his family would find raw eggs replaced by hard boiled ones in the fridge for breakfast. Captain Stu had a passion for the sea and this led to him earning a Master’s Captain license. He loved barefoot water skiing and scuba diving as well as fishing with his kids for brook trout in the Adirondacks, bluefish in Nantucket, or for yellowtail around the reefs of the Florida Keys. He enjoyed this pastime so much that he shared this hobby with his four children fishing up and down the East Coast. Whether it was catching shrimp in the early evening, netting crabs in the muck or lobstering in the Gulf, a day on the water was a day well spent. Stuart was an enthusiast of speedboats and classic cars. He was often seen racing down the lake in his metallic green Baja or cruising around town in his yellow El Camino or black GTO. Stuart is predeceased by his parents, Norman and Ruth Mead of Brant Lake, New York/ Hobe Sound, Florida, his sister Mary Rude of Raleigh, North Carolina, and his brother Norman “Bud” Mead of Hobe Sound, Florida. He is survived by his sister Judy (John) Rhoday of Union Hall, Virginia; his children Angie Mead (Eric Konazewski) of Brant Lake; Erin (Shane) Maltbie of Framingham, Massachusetts; Margo Mead of Avril Park, New York; Stuart Jr. (Julia) Mead of Bolton Landing, New York, and their mother Cindy Mead of Brant Lake, New York. Stuart is also survived by his four grandchildren, Scarlett, Leighton and Samuel Maltbie of Framingham, Massachusetts; and W. Knox Konazewski of Brant Lake, New York; a sister-in-law Susan Mead of Brant Lake, New York; and nieces and nephews Cindy Rhoday, Katy Altizer, John and Michael Rhoday, Jared, Johnathan and Ruth-Ann Rude and Jessica Mead. Friends may call on Stu’s family from 2 to 5 pm, Thursday December 9th, at the Alexander Funeral Home, 3809 Main St., Warrensburg. A funeral service to celebrate his life will immediately follow to remember a special and beloved man who will be greatly missed by his family, friends and all who knew him at 5 pm with Fr. Joseph Busch, officiating. In lieu of flowers, donations can be made to the Horicon Fire Department or Joseph Turcotte Memorial Fund in his honor. Please visit www.alexanderfh.net for online guest book, condolences, and directions.
Thursday
9
December

Look inside to read what others have shared
Family and friends are coming together online to create a special keepsake. Every memory left on the online obituary will be automatically included in this book.
View Tribute Book
Share Your Memory of
Stuart
Upload Your Memory View All Memories
Be the first to upload a memory!
Share A Memory
Send Flowers
Plant a Tree