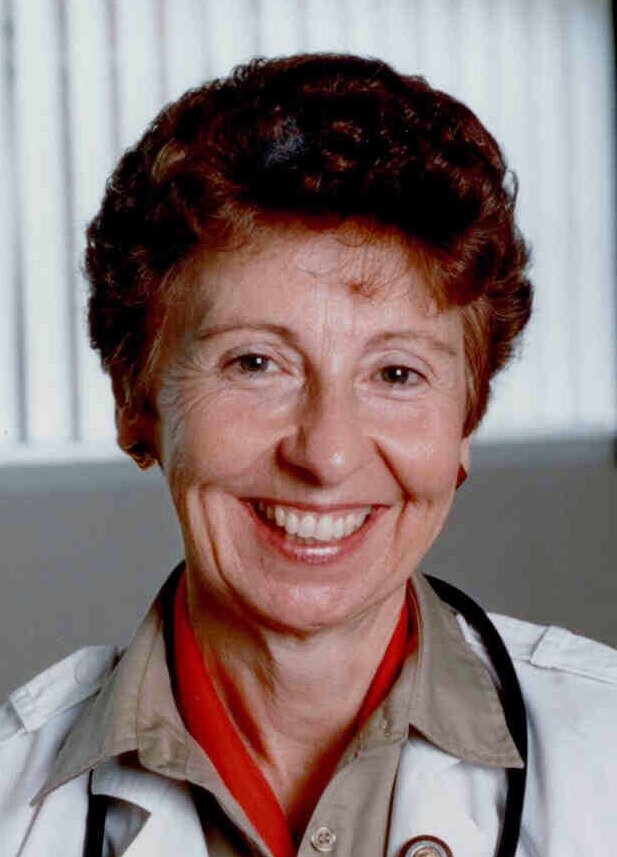 Please share a memory of Marie to include in a keepsake book for family and friends.
View Tribute Book
Warrensburg: Marie R. Ross, 92, passed away on 11/23/21 following hospice care in the Glens Falls Hospital. Born August 27, 1929, in Warrensburg, Marie was the daughter Anna and Floyd A. Rhodes. Most of her life she lived next door to the house where she was born, and in later years her sister Martha Ross and brother-in-law Lionel Ross moved back into the same birth home next door after the passing of their parents. Marie graduated from Warrensburg High School in 1947. Her career in nursing began with her graduation from the Union University School of Nursing at Albany Medical Center. She held a position in the hemodialysis research team at Albany Med that worked on one of the first kidney dialysis machines developed in the country and did hospital nursing in Queens, N.Y. and Glens Falls. She went on to take graduate courses at Harvard, Tulane, and John Hopkins, progressing her nursing career from registered professional nurse to a woman Board Certified in Occupational Health and Board Certified in Case Management. Marie married Herbert E. Ross, Jr., a local clinical psychologist, in 1951 and had two sons and two daughters. While they were all young, she chose to work for Dr. Clinton “Ed” Lawrence who had a private practice in Warrensburg where she enjoyed the personal patient contact for area individuals in need of medical care. She often stated how Dr. Lawrence was a very knowledgeable physician and valued all the medical knowledge that he bestowed on her during those years. In 1974 she went to work for General Electric at the Hudson Falls/Fort Edward Plant as Supervisor of Occupational Health at the Capacitor Products plants and managed plant dispensaries. During years following 1976, she acted as the GE interface with NIOSH, the National Institute for Occupational Safety and Health, and other researchers on their PCB related studies. She gave testimony in PCB litigation cases as an expert witness on the human health effects of PCB exposure. With the unexpected sudden death of her husband in 1987 and with her children grown and out of the house, Marie proved that she was a woman of intelligence, determination, persistence, and courage and kept working. In 1989 she accepted a new job, moving to a corporate position with General Electric based in Fairfield, CT. She maintained this position commuting weekly between Fairfield and Warrensburg throughout the years, and in 1992 was named her the Corporate Director of Nursing Services and Health Care Programs for GE. During this time in 1991, GE began the “Marie Ross Excellence on Nursing Award” awarded yearly to one deserving GE nurse around the world. Marie was involved in world-wide travel for GE and touching base with GE sites company wide. Her responsibilities included working with management, occupational health nurses, and physicians to assure quality health services, regulatory compliance, and health care cost containment. She also oversaw the continuing education for GE nurses and physicians, mentored OHN’s, and made numerous speaking appearances at conventions and conferences. Marie developed the CARE Program (acronym for Convalescent Assistance for Recovering Employees) which was later copyrighted by GE. She co-authored six published scientific papers and is listed in the 1996-17 edition of “Who’s Who in American Nursing”. Marie retired from General Electric in January of 1997. Marie grew up attending the First Baptist Church in Warrensburg and more recently attended Sunday services and a women’s bible study group at New Hope Community Church in Queensbury. As her family was growing up everyone enjoyed skiing, sailing and camping. She enjoyed going to antique shows, flea markets and craft shows with her family. Marie loved to read, color pictures with colored pencils, and collect Indian pottery and doll house miniatures. In the summer she enjoyed selecting flowers and planting them all over her yard. Going to Maine on vacation during the summers with her family was always one of her favorite things to do. She was a valuable docent along with her daughter Tamara at the Warrensburg Historical Museum and was a wealth of information about the history of the town in which she grew up and lived in. Marie was predeceased by her parents, her husband Herbert in 1987, her brother-in-law Lionel in 2007 and her sister Martha in 2010. She is survived by her son Kim D. Ross and his wife Julie, and their children: daughter Caroline of Colorado, their son Ross, his wife Leslie and their two sons Jude and Rockwell of Weare New Hampshire, and their deceased son Rolf. Her daughter Tamara Ross Jones and her husband William and their children: their son Matthew Jones, and his wife Dr. Sarah Jones and their daughter Selah of Earlysville VA; their son Logan Jones, and his wife Jacquie and their two daughters Kendal and McKenna of Gansevoort, NY; their daughter Whitney Jones Siljenberg and her husband Jeffrey Siljenberg of Long Beach CA; and their son Cameron Jones. Her son Shane Ross, and his wife Cynthia and their daughters: Michelle Ross and her husband Pieter VanCourt of Medford, MA; and Leah Haslett and her husband Matthew of Saratoga Springs, NY. Her daughter Darcy Karle and her husband William and their son Alec Munson and his wife Brittany of North Palm Beach FL. Friends may call on Marie’s family from 11 to 1pm on Wednesday December 1st, at the Alexander Funeral Home, 3809 Main St., Warrensburg. A funeral service to celebrate her life will be conducted at 1 pm directly following the visiting hours, at the same location with the Pastor Jeff Stappenbeck officiating. In lieu of flowers, memorial donations in Marie’s name, are suggested to be made to New Hope Community Church at 454 Corinth Road Queensbury, NY 12804. Please visit www.alexanderfh.net for online guestbook, condolences and directions.
Wednesday
1
December

Look inside to read what others have shared
Family and friends are coming together online to create a special keepsake. Every memory left on the online obituary will be automatically included in this book.
View Tribute Book
Share Your Memory of
Marie
Upload Your Memory View All Memories
Be the first to upload a memory!
Share A Memory
Send Flowers
Plant a Tree