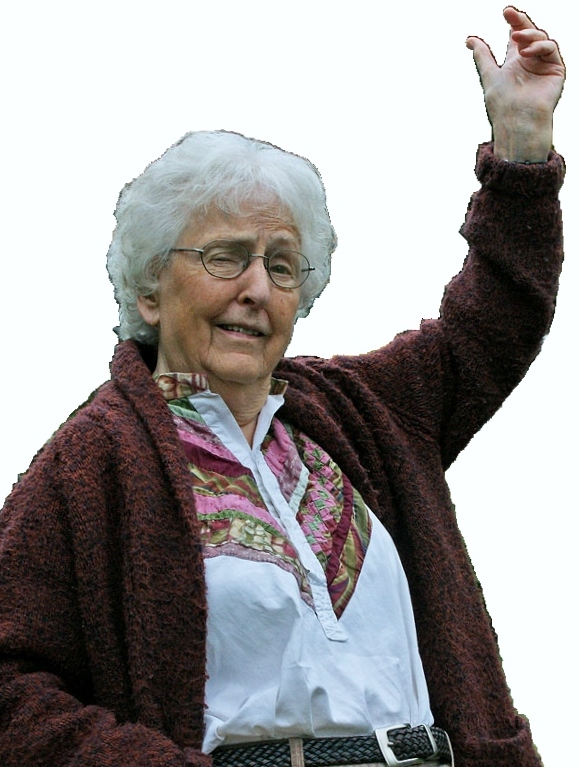 Please share a memory of Carol to include in a keepsake book for family and friends.
View Tribute Book
Olmstedville: So long, it’s been good to know you. The long, eventful and celebrated life of Carol Gregson has come to a close. She died Friday morning, November 12th. Born December 2nd in 1925, she was 95 years old. She was predeceased by her husband of 27 years, Albert Allen Gregson, her parents Sven Magnus and Martha Craney Wiberg, her brothers Wally and Lloyd, her sister Dorothy Delo, and by her sons Eric and Lance, all of whom she expected would meet her as she passed. Known in the Adirondacks as the Mother of all Gregsons, Carol actually only had seven children, Kris, Eric, Barry, Kent, Blair, Jill, and Lance (in that order). She is survived by her sister Shirley Corthell, her daughters Kris Gregson Moss (Rich) and Jill Gregson Harris (John), her sons Barry (Darlene), Kent (Daisy) and Blair (Judy), her daughters in law Jane Gregson and Anne Gregson Rendino (Marc), grandchildren Nathan Dang (Katy), Matthew Gregson (Tiffany), Dylan Gregson, Julie Flynn Walsh (Rob), Elly Norton, Rebecca Pless (Gary), Argus Carriger, Aron Carriger, Skye Gregson, Blair James Gregson, Daniel Carriger (Jennifer), Noah Carriger, Sara Fabian (John), Ryan Gregson, Allison Ritson (Mickey), Briana Gregson and 20 great grandchildren, two books and a CD. Carol was quick to tell you that she was not from around here, having only come to the Adirondacks in 1945. She was born in Renton Washington where she graduated from high school and went immediately to Texas to help draw blueprints of aircraft for the 2nd World War. Finding Texas too hot, she returned to Washington to draw for Boeing, where among many other things, she was asked to draw for a modified B-29 that turned out to be the Enola Gay. In Seattle, she met Albert (Greg) Gregson, a sailor from Pottersville NY, who didn’t mind being beaten at ping pong. They married in San Francisco in 1945 as the war ended and came to live in Chestertown where they had 5 children, Kris, Eric, Barry, Kent, and Blair. Carol and Greg became very active in Girl Scouts and Boy Scouts. Carol was a Denmother for 17 years and trained many others. Carol was also a president and a district representative of the PTA as described in her essay, THE PTA TAUGHT ME TO DRINK. The family moved to Pack Forest in Warrensburg in the early sixties and had another daughter, Jill. While they worked for the Boy Scouts in western New York the last child, Lance was born. At the end of the sixties the family moved to Schroon Lake where they built Above and Beyond Campground. Greg died on August 13th, 1973. Until 1980, Carol continued to manage the campground, juggled commercial art jobs from the Adirondack Resorts Press in Lake George to Denton Publications in Elizabethtown doing layout and illustrations, and worked summers at Wakonda Family Campground in Pottersville while she earned a teaching degree at the College of Saint Rose in 1980. She then moved to Olmstedville and taught art at Johnsburg Central School for eleven years. Her art took many forms. Her Master’s degree was in “Colonial Fibers” She started spinning and dyeing at the original Frontier Town. Weaving and founding the Serendipity Spinners with her friends delighted her. Her large “Red Connection” sculpture graced her front yard and was a landmark locally in Olmstedville. She was a founding member and favorite presenter at the Academy for Lifelong Learning at the Empire State College in Saratoga. She became a story teller and then a published author with a CD, THE POTTERSVILLE COMPLAINER and two books, LEAKY BOOTS (in two editions) and WET SOCKS. Carol Gregson was an elder in the United Methodist Churches of Schroon Lake and North Creek. The family extends heartfelt thanks to Laurie Kuba and the ladies of Above and Beyond Compassionate Care. In the last chapter of WET SOCKS, called SO LONG, IT’S BEEN GOOD TO KNOW YOU she described her life’s attitude and ending. The last six words are “…I hope they have a celebration.” That celebration is planned for December 4th, from noon till 3:30 pm at Basil & Wick’s Restaurant in North Creek, NY. Due to the ongoing public health concerns and in respect for the family and friends, guests are asked to wear a face mask. For those who cannot attend, an interactive live stream will be available at Kent's YouTube Channel - https://www.youtube.com/ and Facebook page, https://www.facebook.com/. The family suggests that donations in lieu of flowers may be addressed to the Caregiver’s Support Initiative at SUNY Plattsburgh or The Folklife Center at Crandall Public Library in Glens Falls NY. Please visit www.alexanderfh.net for online guest book and condolences.