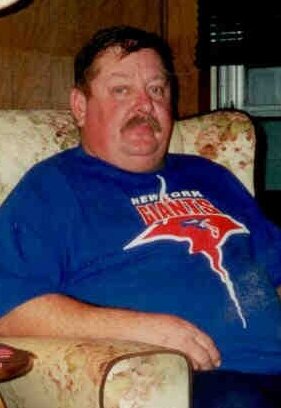 Please share a memory of Michael to include in a keepsake book for family and friends.
View Tribute Book
Queensbury: Michael W. Croissant, 70, passed away peacefully, Monday, October 25, 2021 at Glens Falls Hospital following a brief illness. Born September 23, 1951 in Glens Falls, he was the son of the late Harry Joe and Frances (Gilbert) Croissant. He was raised in the Hadley-Luzerne area and often spoke of his time growing up in the area and the good times he had with his friends. He enjoyed watching the New York Yankees and Giants and was a die hard fan. He also enjoyed hunting, fishing, and spending time in the woods with his family and friends. He married Robin Wood on May 18, 1993 in Warrensburg. Besides his parents, he is predeceased by sisters, Elaine Ellis and Barbara Dingman; brother, Paul Croissant; and sister-in-law, Cheryl Greenholtz. He is survived by his beloved wife, Robin Croissant; son, Cody Wood; brother, Bruce Croissant; brother-in-law, Howard Greenholtz; sisters-in-law, Bonnie Witherbee and Jackie Fonda; close friends, Tom and ATim Baker and very special friend, Aaron Riley. At Mike's request, there are no calling hours scheduled. A memorial service to celebrate his life will be conducted privately at the convenience of his family. Please visit www.alexanderfh.net for online guest book and condolences.

Look inside to read what others have shared
Family and friends are coming together online to create a special keepsake. Every memory left on the online obituary will be automatically included in this book.
View Tribute Book
Share Your Memory of
Michael
Upload Your Memory View All Memories
Be the first to upload a memory!
Share A Memory
Send Flowers
Plant a Tree