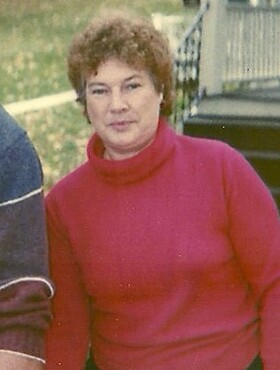 Obituary of Margaret A. Edwards

Please share a memory of Margaret to include in a keepsake book for family and friends.
View Tribute Book
Lake George: Peg (Margaret Ann) Edwards, 88 passed away peacefully Friday October 8, 2021. Born February 15, 1933, she was the third and youngest daughter of Howard and Mildred Wardner. Peg was born and raised on Schuyler Street in Lake George, NY in the house reconstructed by her father which included flooring salvaged from the old high school gym and a garage that once served as the snack shack on top of Prospect Mtn. Peg and her sisters were a spirited trio well known locally. All three girls attended Hartwick College in Oneonta, NY where Peg studied nursing. Prior to attending, at age 17, she visited the campus and attended a sorority dance and met her future husband, Les. It was love at first sight for both. They married at the age of 20 and embarked on a full, fun loving, adventurous and lively married life of 68 years. Peg was the ultimate Naval Officers wife while traveling and living all around the United States. She at times single handedly raised her three children, corralled a myriad of pets, packed and unpacked the household at least 17 times as well as deftly supported the squadron wives when their husbands were at sea. Peg was able to return to her beloved Lake George family home upon Les’s retirement where they resided for the next 42 years. For many years she served as the Village Historian and was very active in the Presbyterian church, including the choir and bell choir. Peg enjoyed playing her clarinet in the community band at ACC and was very involved and passionate about her community. She and Les spent many happy moments at their family camp on Great Sacandaga Lake, traveling in their RV around the United States, and many tours throughout Europe with a group of very dear friends. She will always be remembered by her family and friends for her feisty and passionate approach to life, “Pistol Peg”. The family wishes to thank the staff at Elderwood Nursing Home in North Creek, NY for their kindness and support during the final chapter of her life. She is survived by her children, Sheryl Edwards of Dryden, NY, Scott Edwards and his wife Lisa of Orange, VT, and Leigh Furnkranz and her husband Dan, of Moravia, NY: her grandchildren, Nick Edwards and his wife Anna and soon to be grandson of Boston, MA, and Brad Edwards and his wife Ashley and their two daughters, Charlotte and McKenzie of Lewiston, ME: as well as several nieces and nephews. Donations can be made to the Caldwell Presbyterian Church of Lake George, the Methodist Church of Lake George, and the Lake George Historical Society. Friends and family may call on Peg’s family from 5:30 to 7 pm, Thursday, October 14, 2021 at the Alexander Funeral Home, 3809 Main St., Warrensburg. A funeral service to celebrate her life will be conducted at 10 am, Friday at Caldwell Presbyterian Church, 71 Montcalm St., Lake George. Burial will follow in Evergreen Cemetery, Lake George. Please visit www.alexanderfh.net for online guest book, condolences, and directions.
Thursday
14
October

Look inside to read what others have shared
Family and friends are coming together online to create a special keepsake. Every memory left on the online obituary will be automatically included in this book.
View Tribute Book
Share Your Memory of
Margaret
Upload Your Memory View All Memories
Be the first to upload a memory!
Share A Memory
Send Flowers
Plant a Tree