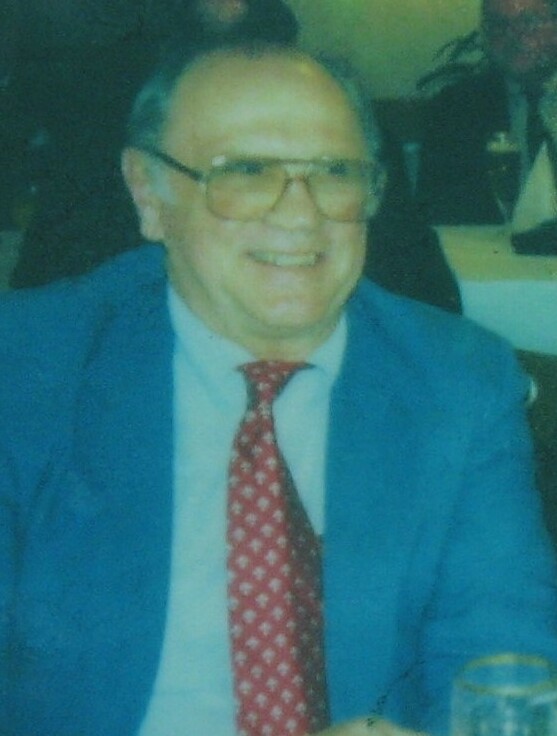 Please share a memory of Charles to include in a keepsake book for family and friends.
View Tribute Book
Bolton Landing: Charles (Charlie) Otto Richards, 92’ passed away at home, with his family by his side on Saturday, Sept. 18, 2021. Born at home in Granville, NY May 31, 1929, he was the son of the late Caroline Young Richards and Charles Richards, “Mr. Baseball of Granville”. A graduate of Granville High School in 1946, he participated in football and baseball, but was a star athlete in track and field under Coach Sam Eppolito. In college, he continued to compete in the shot put and discus with great success. As a senior in Cortland in 1951, he earned 1st place in the NY State Collegiate Track and Field Championships in both events. Charlie graduated from Cortland State College in 1951 with a BS in Health and Physical Education. He had dreams of Olympic competitions, but with the draft imminent and teaching positions scarce, he served in the US Army in 1951-54. Basic training at Scofield Barracks in Hawaii was the prelude to 3 years in the Korean War in the 45th Infantry Division. He earned a Combat Infantry Badge and a UN Service medal. At the time of his passing, he had been a life member of the American Legion. After his discharge, he taught Health and Driver Ed in the Granville area, while earning his MS in Counseling and Administration at the Albany Teacher’s College. A high school guidance counselor for 24 years, he was highly regarded in high schools in Berne Knox, Cobleskill and Guilderland, retiring from there in 1984. Charlie and his wife Anita moved from Altamont, NY to Bolton Landing, NY in 1985. As retirees, for 30 years they operated Hilltop Cottage Bed and Breakfast in their home. Anita had grown up there in the caretaker residence, as her father had been the estate’s caretaker for the Sembrich Museum and a large manor house. The Richards joined the Marcella Sembrich Memorial Association, where Charlie served on the Board of Directors 1994-2019, for several years as treasurer and as secretary. Charlie also served on the Board of Trustees of the Bolton Free Library, was a trustee and treasurer of the Emmanuel United Methodist Church, and together with Anita delivered Meals on Wheels once a week for 27 years in Bolton Landing and environs. As a Senior Citizen for as many years, he was an avid member of the Monday Bridge group. His enjoyments were cross country skiing, following his favorite football teams on TV, and classical music concerts in the area, especially the summer events at the Sembrich Museum for over 30 years. As close friends of Richard Wargo, composer and Program Director of the Sembrich Museum, Charlie and Anita attended performances of his operas in New York City, Cooperstown, Scranton, Philadelphia, and Milwaukee. Together the Richards enjoyed travel as Road Scholars over the years exploring and learning about England, Wales, Ireland, Italy, France, Switzerland, Poland, Slovakia, Hungary, Israel and Palestine. Visiting relatives of Anita’s parents in both West Germany and East Germany during and after the years of the Berlin Wall were unique travel experiences. Besides his parents, Charlie was predeceased by a stillborn son. Charlie’s brother Frank succumbed to meningitis as a high school senior in 1931. He is survived by his wife Anita of Bolton Landing, daughter Ann Leslee Richards of Mechanicville, and son, Robert Andrew Richards of Warren, New Hampshire: grandchildren Richard Charles Vadney, Adam Anthony Weber, Robert Andrew Richards II, Charles Anthony Richards: and great-grandchildren Andrew and Raelynne Vadney and Joseph Weber. We would like to give our appreciation and gratitude to the Bolton EMS, and the people from Hospice and our Home Health Care ladies, who made Charlie’s last days peaceful and comfortable. Friends are invited to attend the Hour of Remembrance to be held on Saturday, September 25 at 11 am, at the Emmanuel United Methodist Church at 17 Stewart Avenue in Bolton Landing to be followed by the funeral service at 12 pm. Afterwards friends are invited to attend the Celebration of Life picnic lunch at the home of Anita and Charlie Richards, 4825 Lake Shore Drive, Bolton Landing. In lieu of flowers, memorials may be made to Granville Little League, Inc, 82 Church St., Granville, NY 12832; Marcella Sembrich Memorial Assoc., P. O. Box 417, Bolton Landing, NY 12814; Bolton Branch of American Legion Post 961, P. O. Box 795, Bolton Landing, NY 12814 Please visit www.alexanderfh.net for online guest book and condolences.
Saturday
25
September

Look inside to read what others have shared
Family and friends are coming together online to create a special keepsake. Every memory left on the online obituary will be automatically included in this book.
View Tribute Book
Share Your Memory of
Charles
Upload Your Memory View All Memories
Be the first to upload a memory!
Share A Memory
Send Flowers
Plant a Tree