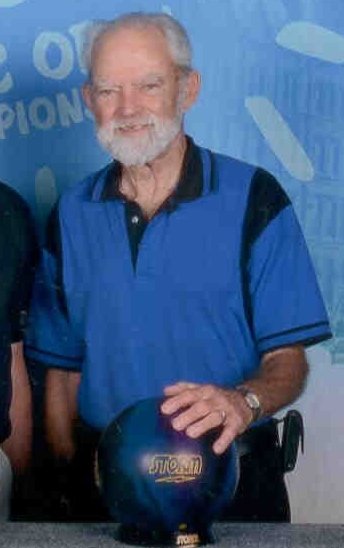 Please share a memory of Nicholas to include in a keepsake book for family and friends.
View Tribute Book
Warrensburg: Nicholas J. Amodeo, of Lake Avenue, died August 5, 2021 after fighting a courageous battle with cancer. Born in 1938 on Staten Island, he was the son of the late Nicholas F. and Lillian E. (Flor) Amodeo. Nick was raised on Staten Island, attending public schools, eventually graduating from New Dorp High School. During his youth, he played many sports and was a member of the Boy Scouts, After high school, Nick enlisted in the Air Force, becoming a skilled avionics repairman. His duty stations included South Carolina, Germany, and Labrador. After his discharge from the Air force, he studied electrical technology at Staten Island Community College. Nick made electronics his career, retiring from Motorola Corporation as a Project Manager after 27 years. Along the way, he met the love of his life, Ann. They were married in April of 1971 and earlier this year celebrated 50 years of marriage. When he wasn’t working, Nick enjoyed sports. While on Staten Island, he was an accomplished softball pitcher in the ASA major leagues. He and his team, Sylvestri’s, played in many national tourneys, winning the event in Spokane Washington. During the fall, Nick enjoyed hunting in the Adirondacks. He was a founding member of the Diamond Brook Hunting Club. He was also a certified Hunter Safety Instructor, teaching with his father and brother at the Chestertown Conservation Club. Nick was an accomplished bowler with numerous awards including high average and scored his first perfect game at age 63. He continued bowling until his health declined this year. Nick and Ann spent their winters in Lady Lake, Florida, at the Blue Parrot RV Park. Nick enjoyed playing golf and getting together with their friends. Returning north each spring, Nick looked forward to golf on Thursday nights at Cronin’s Golf Resort with his friends. They frequently traveled the area to visit many other courses. Nick was a past member of the Lion’s Club and the Glens Falls Elks Lodge #81, BPOE. Survivors include his wife Ann, of Warrensburg; his son Kyle, of Virginia; his brother Alan (Joyce) of Corinth, sister Janine Russell ( Nathan ) of Bakers Mills, along with many nieces, nephews, and cousins. Friends may call on Nick’s family from 1 to 3 pm, Tuesday, August 10, 2021 at the Alexander Funeral Home, 3809 Main St., Warrensburg. A memorial service to celebrate his life will immediately follow the visitation at 3 pm. In lieu of flowers, expressions of sympathy may take the form of donations to the Wounded Warrior Project at www.woundedwarriorproject.org. Please visit www.alexanderfh.net for online guest book, condolences, and directions.
Tuesday
10
August

Look inside to read what others have shared
Family and friends are coming together online to create a special keepsake. Every memory left on the online obituary will be automatically included in this book.
View Tribute Book
Share Your Memory of
Nicholas
Upload Your Memory View All Memories
Be the first to upload a memory!
Share A Memory
Send Flowers
Plant a Tree