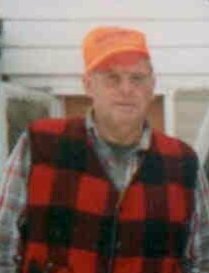 Eldrid R. Harpp, 80, of State Route 8, passed away peacefully, Wednesday, September 18, 2019 at his home surrounded by his loving family following a brief illness.

Born January 26, 1939 in Chestertown, he was the son of the late Richard and Ethel (Corlew) Harpp.

Eldrid proudly served his country with the United States Navy until his honorable discharge in 1963.

Following his discharge, he worked as a welder for several local companies before taking a job with Warren County DPW where he remained until his retirement.

He was an avid outdoorsman and loved hunting, fishing, and everything else the Adirondack Park has to offer. He also enjoyed the many trips he and his wife, Nancy took to casinos around the country.

Besides his parents, he is predeceased by siblings, Earl Harpp and Elvira Granger.

At Eldrid’s request, there are no calling hours scheduled.

A graveside service with military honors to celebrate his life will be conducted at 2 pm, Tuesday, October 8, 2019 at Brant Lake Cemetery, Route 8, Brant Lake.

In lieu of flowers, expressions of sympathy may take the form of donations to High Peaks Hospice.