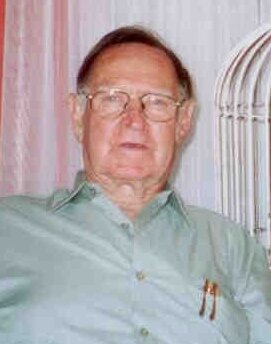 Obituary of William A. Smith

Please share a memory of William to include in a keepsake book for family and friends.
View Tribute Book
Lake George: On the morning of October 20th, 2021, after 94 years of serving and giving to those he met, William ("Doc", Dr. Bill) Smith went to his reward and to meet his Savior. Upon entering heaven I am sure he heard Welcome home and well done! What joy he must have felt To know Bill was to love him, and he was highly respected by all, He believed in and practiced the first commandment Love Thy Neighbor. He was kind and gracious and supportive of family and stranger alike. Bill loved animals and through the years he was prone to bring different ones home. (Donkey’s, geese, ducks, and even pony) His seemingly unlimited energy always amazed folks. His absolute favorite thing to do was WORK and then work some more. He woke up in the morning and made his list for the day, and a long list it was. If he couldn't scratch his chores off the list, they were just transferred to the next day's list. His work was never done and he liked it that way. If he wasn't building something, (like a cabin, a harvest kitchen or a storage shed), he was mowing (he was affectionately known as The Lawn Ranger) or felling trees and hauling them off the mountain to be cut, split and stacked. On a regular day his children helped with the large projects and when the work was a little bit heavier he had the grand kids in tow. We know that hauling brush away or raking or moving rocks wasn't their favorite thing to do, but they were doing it with Pop, and that made it good and right. He was also an avid gardener. He spent many months clearing a field to plant a beautiful orchard. His blueberry bushes have been enjoyed by many, as were the raspberries. We had black walnut trees, butternut trees as well as hazelnut trees. He also planted vegetable gardens with much success. The harvest kitchen he built was the scene of many fun times, making apple sauce, candy apples, pickles and on and on. Bill also raised bees and gleaned some of the best tasting honey ever. Bill was an active member of Faith Baptist Church in Warrensburg. He served on the board of trustees and taught Sunday school as well. Another of his favorite 'jobs' was sharing the Gospel message, he shared it will everyone, even folks on an elevator! Bill's positive influence spans many generations and will continue to do so by virtue of his existing family. His children, grandchildren and great grandchildren will help make the world a better place because they carry within them the essence of Bill and they lived under the umbrella of this great man. Bill was predeceased by his parents Ed & Louise, as well as his sister Lorraine and several aunts, cousins and an uncle. Bill is survived by his wife of 42 years, Gloria and his/their children, and two younger brothers, Ray and Gary two cousins, nieces and nephews.(Karen and John, Kathy and Jeff, Steve and Gail (and their families) His children: Ed & Martha Smith of Diamond Point; Jean and Matt Linehan of So. Glens Falls; John and Pam Smith of Baldwin, NY. Laura and Joe Bartlett of Chestertown. Also, his much loved grand and great grandchildren: Billy, his wife Alice, and their son Henry; Jesse and his daughter Ilina, Jamie; Kristine and Kevin and their daughter Evelyn; Autumn and Matt, Forrest and Alex. Ben and his wife Becky and their children Harrison and Sara, Jen and her husband Blake and their son Lincoln, Cara and Kris, Richard and his wife Kristy and their children Mia, Ian; and Helen, Cathy and Crissy. Bill graduated from high school in 1945, and he enlisted in the US Navy that same year. Upon completion of his service in the Navy he entered medical school which fulfilled the dream that his parents had for him. Bill's practice as a family physician, flourished in Oceanside, NY. He also practiced in Warrensburg for a time. In 1984 Bill left his practice and moved back to our home in Lake George. He wanted to be closer to family and out of such a heavily populated area. He loved the Adirondacks and once in a while he would take the time to go camping, (all family always welcomed) or take a hike. Bill's retirement did not last for very long though, with his love for the medical profession he accepted a position at Great Meadow Correctional Facility as a physician from 1988-2001. A very large part of his time was spent operating and maintaining Mountain Haven which was later renamed Jesus Is Lord Campground. We met so many wonderful people at the campground that eventually we became fast friends. Many young boys and girls were introduced to the gospel message at Jesus Is Lord. He was always pleased to have been a small part of a person’s search for truth. Another of Bill's passions was medical missions. He made three trips to the village of Todos Santos in Guatemala. His first with the Christian Medical and Dental Society, his 2nd with his son John and the third with his wife Gloria. Bill felt an immediate kinship to the folks in Todos Santos and outfitted a medical clinic in that town. He would have continued going on the trips, but he was limited by physical ailments. At Doc’s request, there are no calling hours scheduled. A celebration of Bill’s life will be conducted at 11 am, Sunday, October 24, 2021 at the Faith Baptist Church, Burhans Ave., Warrensburg. Burial with full military honors will be conducted privately at Gerald B. H. Solomon, Saratoga National Cemetery in Schuylerville. In lieu of flowers we suggest donations be made to Wounded Warriors, Christian Medical & Dental Society or The Glens Falls Association for the Blind. Please visit www.alexanderfh.net for online guest book and condolences.
Sunday
24
October

Look inside to read what others have shared
Family and friends are coming together online to create a special keepsake. Every memory left on the online obituary will be automatically included in this book.
View Tribute Book
Share Your Memory of
William
Upload Your Memory View All Memories
Be the first to upload a memory!
Share A Memory
Send Flowers
Plant a Tree