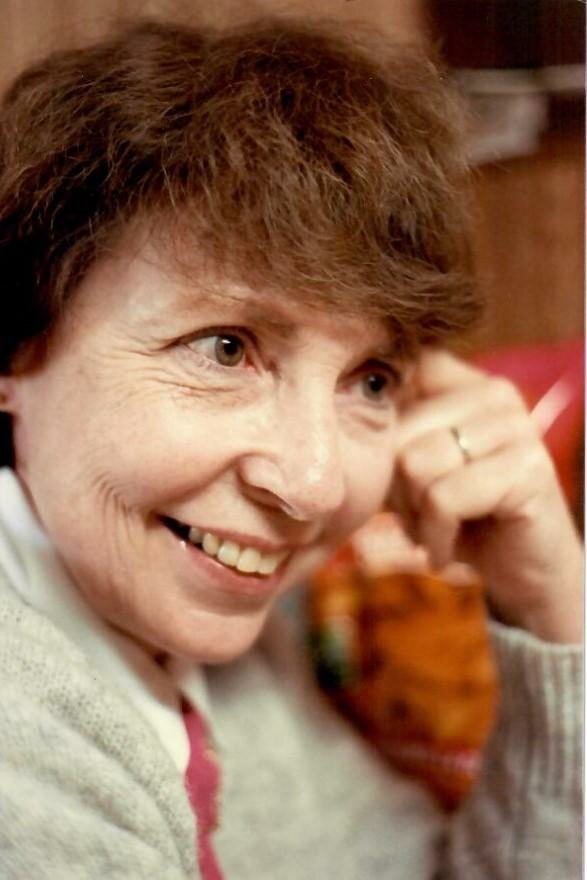 Please share a memory of Dorothy to include in a keepsake book for family and friends.
View Tribute Book
DIAMOND POINT - Dorothy Gail (Walker) Quigan, 92, passed away on Sunday, October 3, 2021. Dorothy was born on July 26, 1929 in Honolulu, Hawaii to Gail Smith Walker and John George Walker. After the abrupt death of her infant brother and then her father when Dorothy was 2, she and her mother left Hawaii. Dorothy was placed in the care of her maternal grandparents in Nebraska, while her mother moved to Washington DC to make a living for them. In her early teens, Dorothy joined her mother in Washington DC where she completed high school and began working for the Veterans Administration. She later attended Southern Florida University and was taking classes at the University of Miami when she met her future husband, Donald Quigan. Married in 1955, the couple moved to Diamond Point, where they operated the Amber Lantern Cabin Court. As an only child, Dorothy longed for a large family and enthusiastically welcomed each new addition. In 1960 Don and Dorothy (six months pregnant) sold the cabin court and, with three toddlers in tow, packed up a travel trailer which would be their home for the next 2 years. They moved to Southern California, where she and Don delivered their fourth child at home, and then to Florida, ultimately returning to Diamond Point where they welcomed their fifth child and made their home until 2000. As RV snowbirds, Dorothy and Don spent winters in the south until they became full-timers, travelling the United States extensively before settling in Casa Grande, AZ. After Don passed away, Dorothy returned to northern New York, where she lived out her remaining years. An intuitive and compassionate mother, Dorothy was sensitive to the unique personalities of each of her children, often carving out time to take an individual child to Stewart’s for ice cream when she felt they needed extra attention or guidance. “Do you need to go to Stewart’s?” lovingly and jestfully became a family phrase when any member was thought to require a parental intervention. Dorothy found the positive in difficult situations, and always encouraged her children to show compassion for those less fortunate. She appreciated the beauty in nature and cared about living creatures, often leaving spider webs in and outside of the house undisturbed. A life-long learner, Dorothy had many interests including all things in nature. She gardened, maintaining an indoor red worm composting system, studied geology, taught herself Spanish and, while in her 80s, pursued her desire to study and understand quantum physics. She was active in her church community, as well as with Literacy Volunteers, Hospice, Habitat for Humanity, and with Don volunteered as a classroom grandparent at a local elementary school while living in Arizona. She was an avid journaler and letter-writer, and had a knack for picking out the perfect greeting card for birthdays and other family occasions. Dorothy was predeceased by her husband of 56 years, Donald T. Quigan Sr., her son, Donald T. Quigan, Jr. and two grandchildren, Steven Chapman and Alyson Chapman. Survivors include her daughter-in-law, Sunny Quigan, children Laura (Stuart) Chapman, Heather (Thomas) Kelly, Scott (Pamela) Quigan and Melanie Quigan; grandchildren Thomas Quigan, Michelle Conner, Elizabeth Fagundes, Robert Chapman, Christopher Kelly, Dara Kelly, Erica Eager, Michael Quigan, Lauren Quigan, and Alex Quigan, and great-grandchildren, Ellie, Caleb, Chase, Kayleigh, Adrienne, Sullivan, Finley, Alivia and Avery. A memorial service will be held at a future date. Friends who wish to honor Dorothy’s memory are encouraged to make a donation to a humanitarian charity of their choice. The family would like to thank the staffs at The Glen, Champlain Valley Senior Community and Elderwood at North Creek, for their attentive care, especially during the challenges of Covid.

Look inside to read what others have shared
Family and friends are coming together online to create a special keepsake. Every memory left on the online obituary will be automatically included in this book.
View Tribute Book
Share Your Memory of
Dorothy
Upload Your Memory View All Memories
Be the first to upload a memory!
Share A Memory
Send Flowers
Plant a Tree