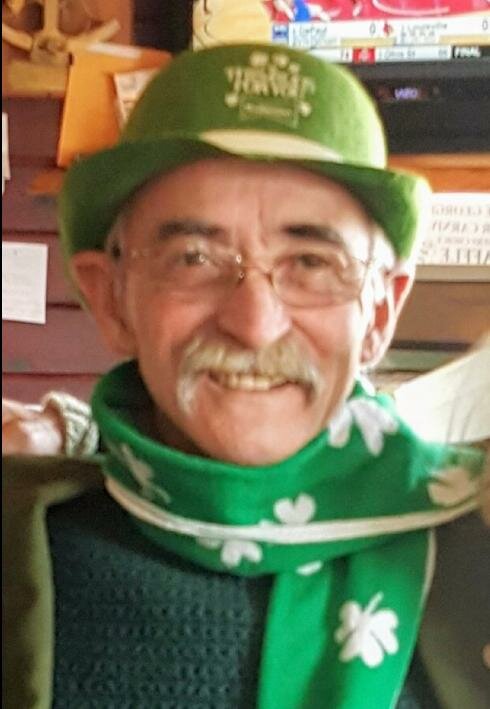 Please share a memory of Garry to include in a keepsake book for family and friends.
View Tribute Book
Lake George: Garry Michael Patrick Aloysius Powers passed away at home, peacefully surrounded by his loving family, Tuesday September 14, 2021. He was 74. Born March 1, 1947, Garry grew up in Glens Falls, NY. Beginning in his youth, Garry had a knack for the arts – whether it was picking up any instrument or any writing utensil. Garry could play many things, but he appreciated the piano and his Telefunken most throughout his life. He enjoyed drawing and was an avid wood burner. After Garry graduated high school he enlisted in the Navy, where he proudly served for 6 years. You’d be hard-pressed to find Garry without wearing something that represented his time in the service. His dedication did not end with his discharge; Garry donated to the Disabled American Veterans organization for years. After Garry’s honorable discharge he found his love for hot air balloons, purchasing one in the 1970’s. You could find him at every local balloon festival, either up in his balloon or chasing others’ and taking photos. Garry attended the Hudson River Whitewater Derby for somewhere around 40 years – he wasn’t even sure just how long! Garry was famous for his shot-drinking Derby Bears and his pin collection hat – even being featured in several editions of the Adirondack Journal as far back as 2000. Garry and his Derby friends would bring his Bears to the bar and if the bartender didn’t see the Bears take a shot, then drinks were on the bartender. Garry lived and worked in Lake George for many years, caretaking at several different resorts on or near the Lake. During the winter, Garry would ice-skate across the Lake to Duffy’s Tavern to have a beer. The Duffy’s crew was a second family to Garry. He spent many years becoming close with the staff, musicians, and owners (when he wasn’t yelling his typical greeting, “Shut Up!”). Garry became such a fixture at Duffy’s that he had his own barstool. He enjoyed many Halloween, Christmas, and Wreck-the-Deck parties throughout the years. But his favorite, by far, was the annual Sham-Rock the Block Saint Patty’s day party. Garry had the honor of being the Grand Marshal in 2016. Garry was predeceased by his parents, Edward and Lillian (Hamel) Powers, his brother Edward J. Powers. Garry is survived by his sister, Shirley West, his nieces Laurie Brainard, Suzy West-Evans, Linda (Mark) Trapasso, Judi (Ronnie) West-Tanksley, and nephews Robert West and EJ Powers. Garry is also survived by several great-nieces and nephews. Also surviving is Garry’s close friend, Casey Combs and his second family at Duffy’s Tavern. Per Garry’s request, a Celebration of his Life will be held at Duffy’s Tavern Sunday, October 10th from 1pm until 5pm. Friends and family are welcome to come share a drink, a story, and a laugh in Garry’s honor. Please visit www.alexanderfh.net for online guest book and condolences.

Look inside to read what others have shared
Family and friends are coming together online to create a special keepsake. Every memory left on the online obituary will be automatically included in this book.
View Tribute Book
Share Your Memory of
Garry
Upload Your Memory View All Memories
Be the first to upload a memory!
Share A Memory
Send Flowers
Plant a Tree