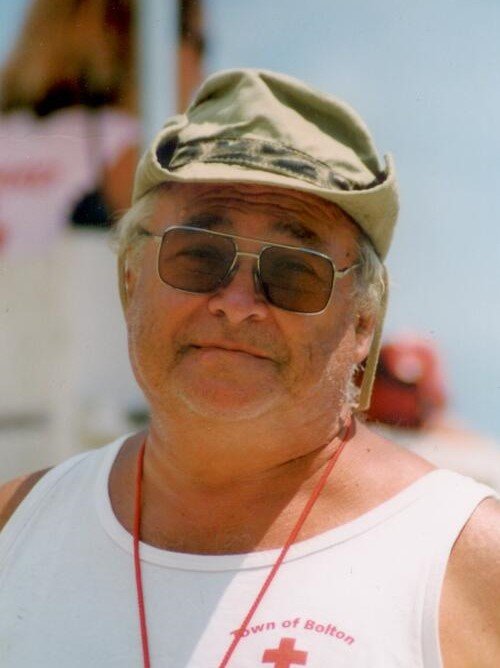 Please share a memory of Vincent to include in a keepsake book for family and friends.
View Tribute Book
Bolton Landing: Vincent T. Posteraro, 78, passed away peacefully, Thursday April 29, 2021 at the Warren Center after a series of health issues. Born January 31, 1943, in Mineola, he was the son of the late Pauline and Alfred Posteraro Sr. Vincent spent his childhood in Manhasset Long Island. After graduating High School, he joined the Air Force and was stationed in Germany. He married his long time pen pal, Sandra Hamilton on Christmas Eve in 1966. Vincent and Sandra were married for 46 years and had 4 children, 7 grandchildren, and 5 great grandchildren. Vincent was active in the Fire Department, the rescue squad as well as the American Legion. Besides his parents, he was predeceased by his wife, Sandra in 2013, and his sister, Connie. Left to cherish his memory are his son, Mark Posteraro and his wife, Dawn of Bolton, three daughters, Lynn Brockway and her husband, Mark of Glens Falls, Jennifer Posteraro, of South Glens Falls, and Heather Chenier and her fiancé, Chris Millington of Warrensburg, 7 grandchildren, 5 great grandchildren as well as a brother, Alfred Posteraro Jr. of Glens Falls. At Vincent’s request there are no public calling hours scheduled. Services with full Military Honors to will be conducted at 11 am, Thursday, May 6th at Gerald B. H. Solomon Saratoga National Cemetery, Schuylerville. Expressions of sympathy may take place in the form of donations in Vincent’s name to the Bolton Volunteer Fire Department, 5003 Lake Shore Drive, Bolton Landing NY, 12814.

Look inside to read what others have shared
Family and friends are coming together online to create a special keepsake. Every memory left on the online obituary will be automatically included in this book.
View Tribute Book
Share Your Memory of
Vincent
Upload Your Memory View All Memories
Be the first to upload a memory!
Share A Memory
Send Flowers
Plant a Tree