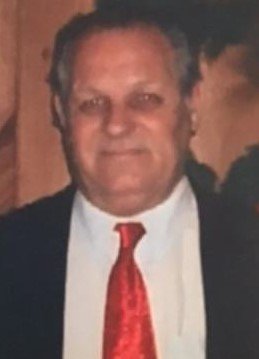 Please share a memory of Edward to include in a keepsake book for family and friends.
View Tribute Book
Johnsburg: Edward G. Sires, 77 passed away unexpectedly Saturday, April 24, 2021 at Elderwood Nursing and Rehabilitation Center in North Creek. He was born in Pittsfield, Massachusetts on December 27, 1943 to William Scott and Anna K. Sires. Ed, as he was known to everyone, enjoyed fishing, hunting, and golfing. His greatest joy were his grandchildren and great grandchildren. He and his wife Marsha started Marsha’s Family Restaurant where he was known to many as the greeter. Many who stopped in and if he wasn’t sitting on “his stool” they would ask, “Where is the story telling, joke telling man who greets us?” He was preceded by his mother and father, sisters Judy and Carol and one brother, Bill. He leaves behind his wife, Marsha, of 52 years, Daughters, Janet (Richard) Kuhlmann, Karen (Donald) Moore, Lori (Michael) Smith all of North Creek, and Anna (Jones) Ofori of Fremont, California; sons, Gilbert (Jessie) Woodard, Scott Sires both of Johnsburg and a son Edward Litano from Florida; A sister Jackie (Donald) Nicholas and a brother David Sires both from Massachusetts; sister-in-law Irene Granger; two brothers-in-law, Milton (Tess) Russell, and Louis (Judy) Russell, 11 grandchildren and 11 great grandchildren several nieces and nephews. Friends may call on Ed’s family from 12 to 2 pm, Friday, April 30, 2021 at the Alexander Funeral Home, 3809 Main St., Warrensburg. A graveside service will immediately follow the visitation in Evergreen Cemetery in Lake George. Please visit www.alexanderfh.net for online guest book, condolences, and directions.
Friday
30
April