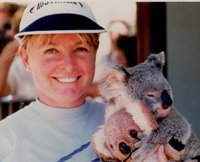 Chestertown: Mary Ellen Jackowski (McCartney) 12/14/1942 – 4/22/2021. She was born in the Bronx, the only girl with 3 brothers, Arthur, John, and younger brother Patrick. She graduated from high school 1959 and began working in NYC at Harcourt Brace and Jovanovich Publishing in the College Textbook Dept until her marriage to John Jackowski in 1971. She became stepmother to his 3 children John Jr., Jacklyn and James and settled in Sloatsburg NY. They moved to South Salem in Westchester in 1976. During this time, she held positions at Phelps Dodge, in Rockland County, Sterling Drugs in NJ and New York Hospital in White Plains before retiring full time to Chestertown in 1995. Mary Ellen graduated with honors from SUNY Westchester in Business and later earned a master’s degree in liberal studies from SUNY in Utica. She and John loved travelling and over the years travelled extensively to Australia, New Zealand, Alaska, and Europe. Mary Ellen was an avid skier and taught her husband and children to ski and become accomplished skiers. In 1973 the Jackowski family were introduced to skiing at Gore Mountain. They loved it and became friendly with several Backwoods Ski Club members. After joining “Backwoods” many members became part of her extended family and we have remained close through the years. On Oct 12,1983 Mary Ellen's youngest child James (Jamie 20) was killed in the US Marine Corps Headquarters Building bombing in Beirut Lebanon. Casualties were 220 Marines, 18 Sailors and 3 US Army. She and John joined the Beirut Veterans Association as “Next of Kin” members and Mary Ellen served several years as a family representative on the BVA Board of Directors. Mary Ellen also joined the Schenectady Chapter of American Gold Star Mothers and over the years progressed to Chapter President and NY State GSM President in 2013. The Gold Star Mothers organization provide support to other Mothers that have lost a son or daughter while in the US Military and keep the memories of them alive by working to help those currently serving in the military, their families, and veterans. In 2013 Mary Ellen was diagnosed with a rare progressive brain disease (CBD). She was fully aware of her terminal situation from the beginning and fought as best she could to maintain herself with the assistance of her caretaker husband John and a home health aide. Physical disabilities progressed and last week she was accepted into the High Peaks Home Hospice Care Program. She died in her sleep the morning of 4/22. At her direction, her brain has been donated to the Harvard Brain Tissue Research Center Boston, Mass. for Corticobasal degeneration research. Mary Ellen is survived by her husband of 50 years John, daughter Jackie and husband Frank Seguerra, granddaughters Jamie and Jenna, brother Patrick McCartney and his wife Kathy, brother-in-law Stan and his partner Eileen, sister-in-law Elinor and husband Bob Cunningham, plus nieces and nephews, and cousins in the McCartney, Stutsback, Tracy and Schuber families. A special thank you to Bill and Patti Fitchett, Dave Seymour, Roseanne Brevot, Mike Prescott and Erica Hitchcock-Smith for their support and affection for Mary Ellen and John during this trying time. Friends may call on Mary Ellen’s family from 12 to 2 pm, Saturday, May 15, 2021 at the Alexander Funeral Home, 3809 Main St., Warrensburg. Family and friends are encouraged to share a memory following the visitation at 2 pm. In place of flowers please contribute to High Peaks Hospice, 454 Glen Street, Glens Falls, NY 12801 or Beriut Veterans of America. https://www.beirutveterans.org or the American Gold Star Mothers, Inc. https://www.goldstarmoms.com. Please visit www.alexanderfh.net for online guest book and condolences.