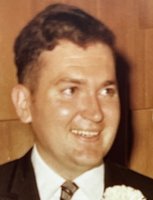 Paul James DuCuennois, 76, a resident of Cooper City, Florida, passed away on March 28, 2021. Born March 24, 1945 in Corinth, New York, he was the son of the late Francis and Rosemary (Houlihan) DuCuennois. Raised in Queensbury, Paul graduated from St. Mary’s Academy in Glens Falls and Cornell University in Ithaca, where he was a member of Phi Kappa Tau fraternity. Paul began his career as a Special Agent, U.S. Army Intelligence and served tours of duty in Germany, Vietnam and the United States. In 1969, he became a Special Agent in Plattsburgh, New York with the Bureau of Alcohol, Tobacco and Firearms (ATF). Paul served in various investigative and leadership positions until his retirement in 1997, marking 30 years of distinguished service. Paul gave back to his profession as a Federal and Florida Department of Law Enforcement instructor for over twenty years. He taught and lectured nationally on career criminals and violent crime, including contributing to the Federal Law Enforcement Training Center in Glynco, Georgia. He married Connie (Raymore) in 1970 in Glens Falls and the couple settled in Plattsburgh and later Peru, New York in 1974. Paul and his family moved to Florida in 1982 when Paul joined ATF in Miami. Paul is preceded in death by Connie, his wife of 50 years. Paul leaves behind his two daughters Amy and Sara; his grandson Luke; and his two granddogs Boris and Rocky. A celebration of Paul’s life will be held virtually and his funeral will take place in New York later this year. Memorial donations may be made in Paul’s honor to Mission K-9 at missionk9rescue.org. Please visit www.alexanderfh.net for online guestbook and condolences.