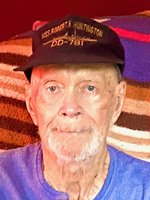 Thurman: William J. Wagner, Jr., 92, of High Street, passed away peacefully, Wednesday, September 9, 2020 at his home with his loving wife and daughter by his side. Born July 15, 1928 in Schenectady, he was the son of the late William and Myrtle Wagner. He was raised in Stony Creek and Elnora and became an Eagle Scout at a young age. He had many adventures with his cousin and lifelong friend Harry Gill. Following his graduation from Stony Creek William enlisted in the United States Navy, serving his country abroad the USS Robert K. Huntington- DD- 781, traveling the South Pacific during WWII. He participated in several different types of missions, most notably, Operation Crossroads, participating in the Army/Navy Task Force one nuclear weapons testing at the Marshall, Bikini Atoll Islands which included the deployment and testing of First Test Able and Second Test Bakers Day. Also, missions with the USS Robert K. Huntington, escorting Liberty ships from the South Pacific with deceased soldiers to the port of California remained a sobering memory from his years of military service. After completing his service he married his childhood sweetheart, Barbara Bruno. They moved shortly after to Arizona and returned back home to the mountains they loved, but first traveling Route 66 and ending at the California Redwood Forest. William and Barbara’s love of travel and adventure was something they shared through their lifetime. Upon their return to NY they lived for a short time at the Glen in Thurman before relocating to higher ground due to close calls with the river flooding. Making their home on Huber road for many years. In later years, William and his wife spent their retired years living on High Street with their daughter, Amy and son in law, the late Vernon J. Baker Jr. with whom they shared many adventures, camping, boating, and helping build the family’s log home, camp at Crane Mountain and spent a lot of time helping his daughter with the special camp at “The Back 80” even into his 90s. Williams other passion was walking and hiking in the woods. His last two hikes at 90 years old were each over 2 miles of trail. Williams love and gratefulness of all small things in life was nearly equal to his deep love and devotion to his childhood sweetheart, beloved wife of 72 years, Barbara. Blessed are those who knew him and witness an endearing true love and partnership they shared in this lifetime together. William was a lifelong member of the Thurman Baptist Church which he considered his family as well. He was a deacon for many years with his dearest and loved friend, Hugh Pasco. They both helped the late Rev. Waterman form the Men’s Club and had many years of traveling, games, and visiting the elderly and ill in the local area. Special longtime friends of the Thurman Baptist Church family that William held in his heart, Charlotte Pasco-Needham, Rev. Bob Hermann and his wife Donna, Laura Cameron, Myrtle Buyce, Bob Dibble, and Larry Germain, whose friendship he cherished. A special thank you goes out to longtime friend, Roy Ross for the visits, plow rides, and help. Also, to Charlotte Pasco-Needham who was like a second daughter. Thanks you to Dr. Rugge, Dr. Morrisy and the HHHN team for over 50 years of care. Also, to Danielle Martin, Public Health Nurse for the past year of amazing home care and kindness. William was predeceased by his beloved grandsons, Seth and Cy Combs, son in law, Vernon Baker Jr. His dearest friends Harry Gill and Hugh Pasco. Williams gratefulness for each day, love of people and his enduring love to his wife, Barbara will live on with his wife, daughter, Amy Combs-Baker, sister, Nora Wagner of Arizona, family members, Marion Gill and Debra Locke of Stony Creek, and his grandchildren and great grandchildren. A private celebration of Williams’s life will be held at the family camp. His earthly remains will be interred in the Gerald B. H. Solomon Saratoga National Cemetery with full military honors. Please visit www.alexanderfh.net for online guestbook and condolences.