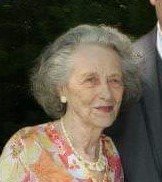 Warrensburg: Patricia Lee Bell McEwan Wassel, 85, a longtime resident of Warrensburg died peacefully on Friday, June 5th 2020 after a short stay at Glens Falls Hospital. Born in Virginia and having lived and worked in the Maryland/Virginia area for years, Patricia settled in Warrensburg in 1977 with her beloved husband Raymond Wassel Sr.. They were excited to acquire "The Pillars" to follow their dreams of entering the hospitality industry. They loved the small town and both enjoyed people, entertaining, dancing and great conversation. She often recounted her harrowing journey as a young girl along with her mother and sister as well as other military families travelling to post-war Japan to reunite with her father. En route, the vessel, a hospital ship, was caught in a monsoon in which the ship listed entirely to one side which should have led to its sinking however the captain miraculously recovered the vessel. Her husband, Raymond predeceased Patricia as well as her sister Barbara Tallman. Throughout the years Patricia enjoyed being an entrepreneur running several small businesses. She always spoke of her patrons as if they were family and friends. Many close bonds were formed and the frequent phone calls and cards of well wishes filled her with joy. Patricia is survived by her sons, Robert McEwan Jr, Michael McEwan (Barbara), and daughter Elizabeth McEwan-Ruth (Paul)and her many beloved grandchildren. Her biggest smiles came holding a grandchild. The family would like to thank the staff of the Oncology Unit T2 at Glens Falls Hospital. They went above and beyond meeting her needs as well as those of the family in these most difficult of times. At Patricia's request, there are no calling hours scheduled. She will be laid to rest with her husband at Saratoga National Cemetery. Please visit www.alexanderfh.net for online guest book and condolences.